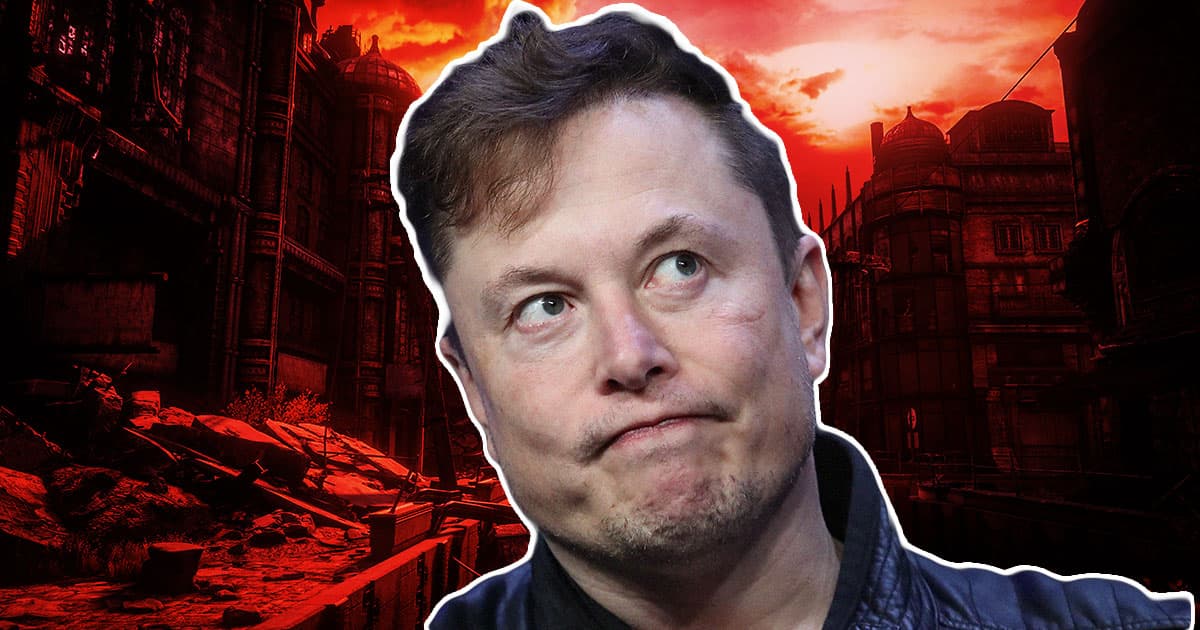 Today in news that seems stranger than fiction: a possibly out-of-context text message, sent by SpaceX and Tesla CEO Elon Musk, in which the mercurial billionaire claims he was reconsidering his deal to buy Twitter because of the possibility of "World War III."

As the Wall Street Journal reports, Musk made the comment to one of his Morgan Stanley lenders in early May — a mere two weeks after agreeing to buy Twitter for a cool $44 billion.

During the end of oral arguments in Twitter's breach-of-contract lawsuit against the Tesla and SpaceX CEO, lawyers on both sides revealed jarring evidence, including that Musk had been in contact with a high-ranking whistleblower. And, on the flip side, that he was worried about a global war breaking out.

As Insider notes, Musk's lawyer Alex Spiro claimed the text was taken out of context, and said that the full exchange between his client and the Morgan Stanley executive would be filed on the court docket next week. Spiro specifically called the Twitter lawyer's read-along of the Musk text "utter nonsense."

The Insider report also describes the back-and-forth between Musk's defense and Twitter's attorneys as something of a he-said, she-said, with the Twitter side arguing that the Tesla CEO only wanted to withdraw from the deal for personal financial reasons.

Musk's attorneys argued, in turn, that their client changed his mind about the deal after speaking to former Twitter head of security Peiter "Mudge" Zatko, who claimed there were substantial privacy issues at the social media company and that Musk had been misled by its leadership about them.

Whether Zatko's claims can be used in Musk's countersuit is now in the hands of a judge — and you'd best believe it's only going to get juicier from here.

Musk v. USA
Elon Musk Furious That the Government Isn't Giving Him More Free Money
Sep 13
Read More
Endless Drama
Experts Say Elon Musk Messed Up by Having Secret Children With His Employee
Aug 26
Read More
This Trial May Mean Elon Musk Is in Big Trouble
Jul 18
Read More
+Social+Newsletter
TopicsAbout UsContact Us
Copyright ©, Camden Media Inc All Rights Reserved. See our User Agreement, Privacy Policy and Data Use Policy. The material on this site may not be reproduced, distributed, transmitted, cached or otherwise used, except with prior written permission of Futurism. Articles may contain affiliate links which enable us to share in the revenue of any purchases made.
Fonts by Typekit and Monotype.