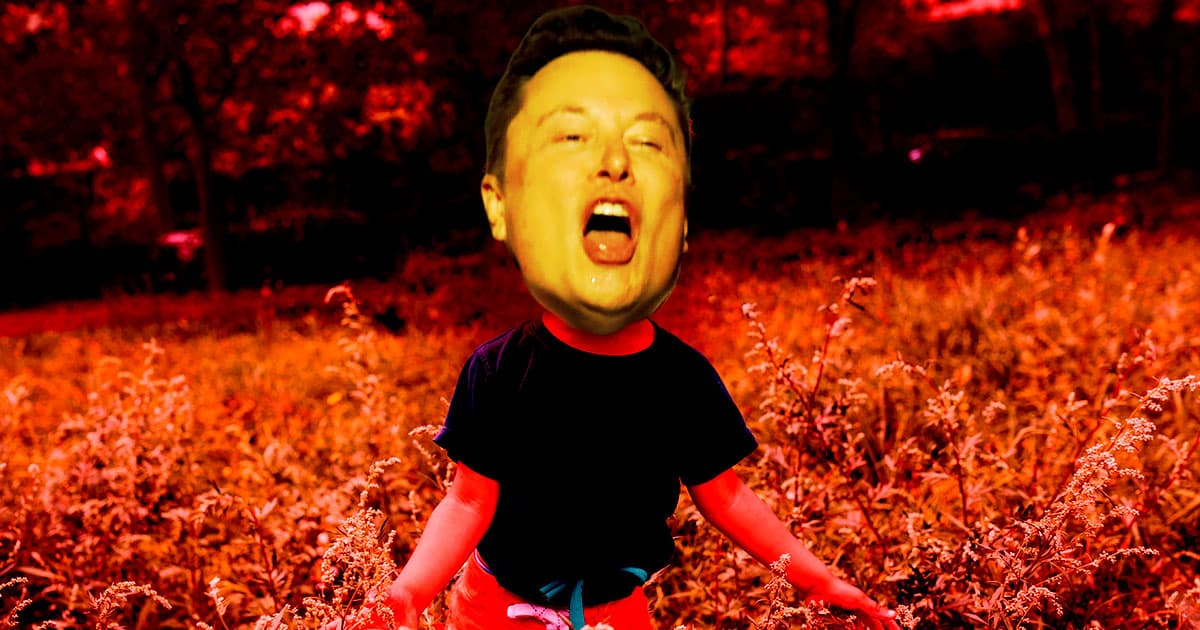 "I wasn't seeing Elon — I was seeing this person that was taken by anger."

"I wasn't seeing Elon — I was seeing this person that was taken by anger."

An ex-Tesla executive has unloaded on her former boss, CEO Elon Musk, who, according to her, used to transform into an entirely different person when he got mad.

In the BBC's "The Elon Musk Show," a docuseries all about the world's richest man, Tesla's former global head of marketing Colette Bridgman was in tears as she described being mistreated by her ex-boss.

On one occasion, when Musk was berating for her for a mistake one of her team members made, she said the CEO began behaving like a "toddler that was having a tantrum about something, or upset about something."

"I wasn't seeing Elon — I was seeing this person that was taken by anger," Bridgman said. "It was so bizarre."

That dressing-down was the third time Musk had ever shouted at Bridgman — and, as it turned out, the last as well, because she resigned from Tesla after working there for 13 years soon after.

Before her exit, however, the former executive saw a lot of bad behavior.

"There were moments when he would definitely get upset and you heard of him firing people on the spot," she recalled for the BBC. "All of that happened."

While this is far from the first time we've heard about the allegedly "toxic" work environment Musk is said to foster at his various ventures, Bridgman's admissions that are featured throughout the first three episodes of the BBC docuseries are telling, especially given her stature at the company.

In the same series, former SpaceX talent chief Dolly Singh defended Musk's leadership style, saying that she took "the bad with the good."

But there's arguably very little magical about the way Bridgman was treated by Musk.