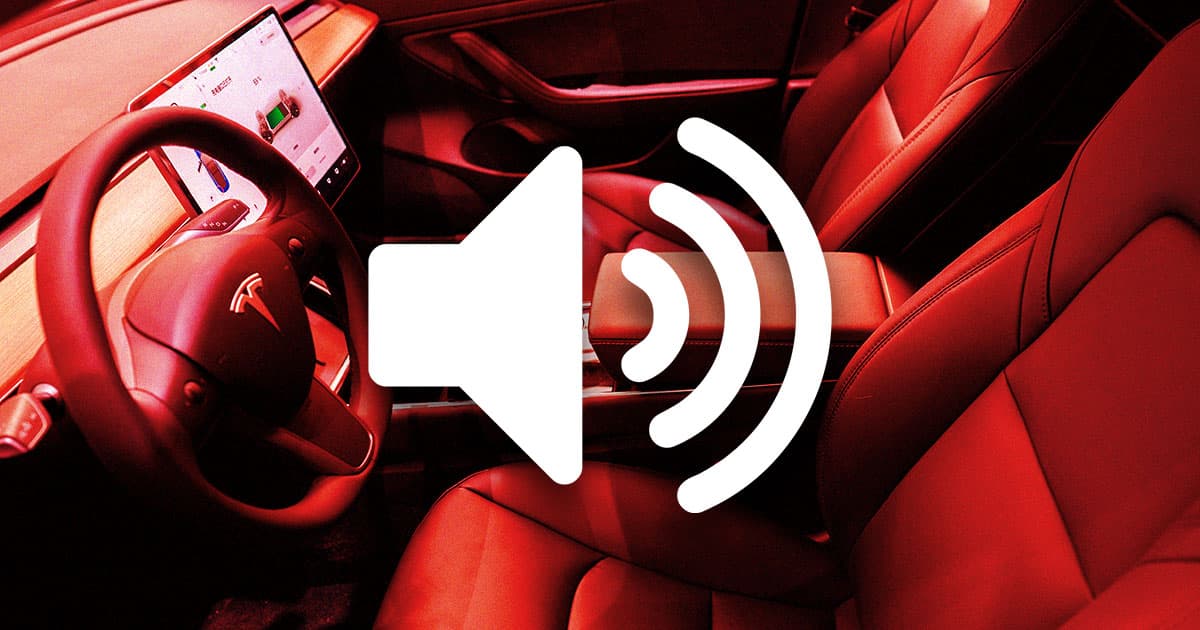 "You are damaging users' hearing."

"You are damaging users' hearing."

A new Bluetooth-related software bug plaguing Tesla owners is causing their car stereos to unexpected blast at full volume, in a risk to safe driving and possibly even their physical wellbeing.

"Please issue an emergency fix on this bug that turns the volume up all the way on Bluetooth," Twitter account WholeMarsBlog pleaded with Tesla CEO Elon Musk. "You are damaging users' hearing. The volume should never go from silent to 100 percent."

"First I’ve learned of this," he replied. "Will be patched shortly."

It's yet another instance of customer support being fulfilled by the CEO himself via vague tweets — which, while it's a chaotic strategy, does demonstrates Musk's hands-on interest in the product.

While Musk only learned about the issue now, the bug appears to have been around since at least March 28.

"There’s a neat bug in either the latest Tesla update or iOS version that occasionally resumes music at the absolute maximum stereo volume," tech YouTuber Quinn Nelson wrote at the time, "that not only destroys my ears but maybe my speakers too."

While it's unclear how widespread the issue is or what may be causing it, a number of users on Tesla's forums have complained of a similar issue recently.

"It’s seriously annoying and scares the heck out of me each and every time," another forum user wrote in a separate thread.

It doesn't inspire immense confidence that it took Musk responding to a random tweet to actually address the issue — but it's par for the course for the electric car company.

"Elon says he has never heard of the issue," one of the Tesla owners added in their post. "Probably because there is no worthwhile support channel to report issues any longer — unless you open a service call to report every software bug, or get an 'influencer' to tweet at Elon."

Futurism has reached out to Tesla for comment. The company, however, dissolved its PR department in 2020, so it's unclear when or if we'll ever hear back from them.