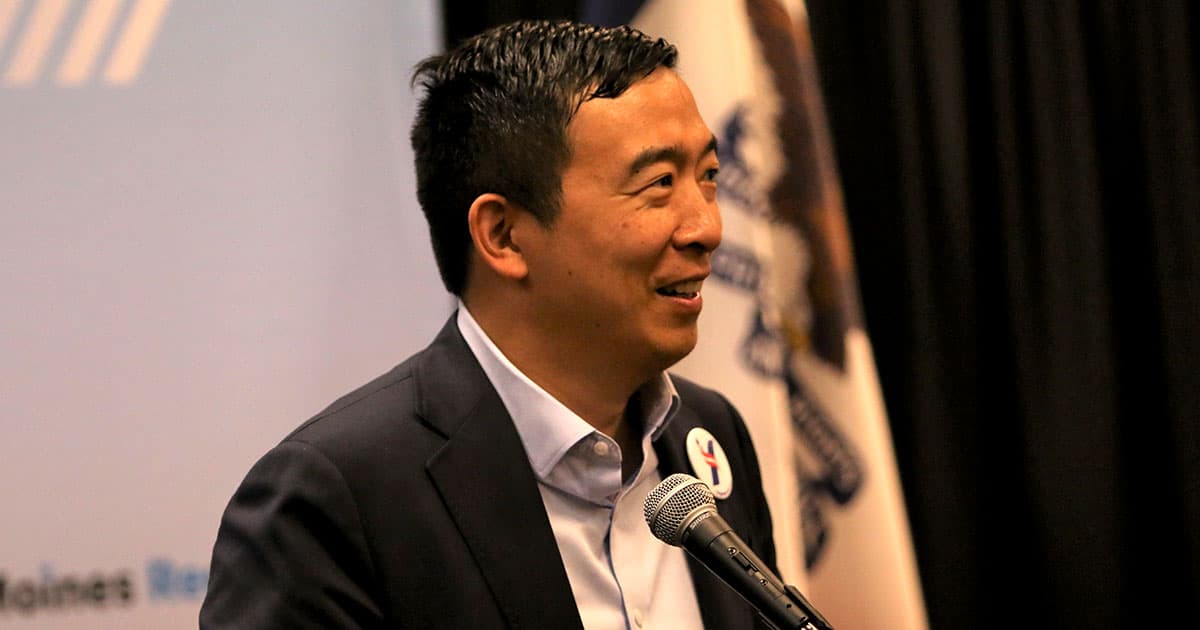 "Thank you Elon — this means a great deal."

"Thank you Elon — this means a great deal."

"I support Yang," Musk tweeted on Saturday, in response to a different Twitter user who was commenting on Yang's tweet about how "changing one's mind is not a bad thing."

"Thank you Elon - this means a great deal," Yang replied. "Congrats on building the future."

Musk shares several views with Yang, most notably Yang's endorsement of a basic income, something that is "obviously needed," as Musk pointed out in a Saturday follow-up tweet.

Basic income is the idea that every citizen deserves a basic amount of money from the government to be part of society. Yang proposed to give each American a monthly $1,000 — something Yang says could even address climate change.

The notoriously jokey Musk followed up by tweeting that Yang would be "our first openly goth president. I think this is very important."

The post may have been a nod to Yang's mostly black wardrobe — or just more silliness from Musk.