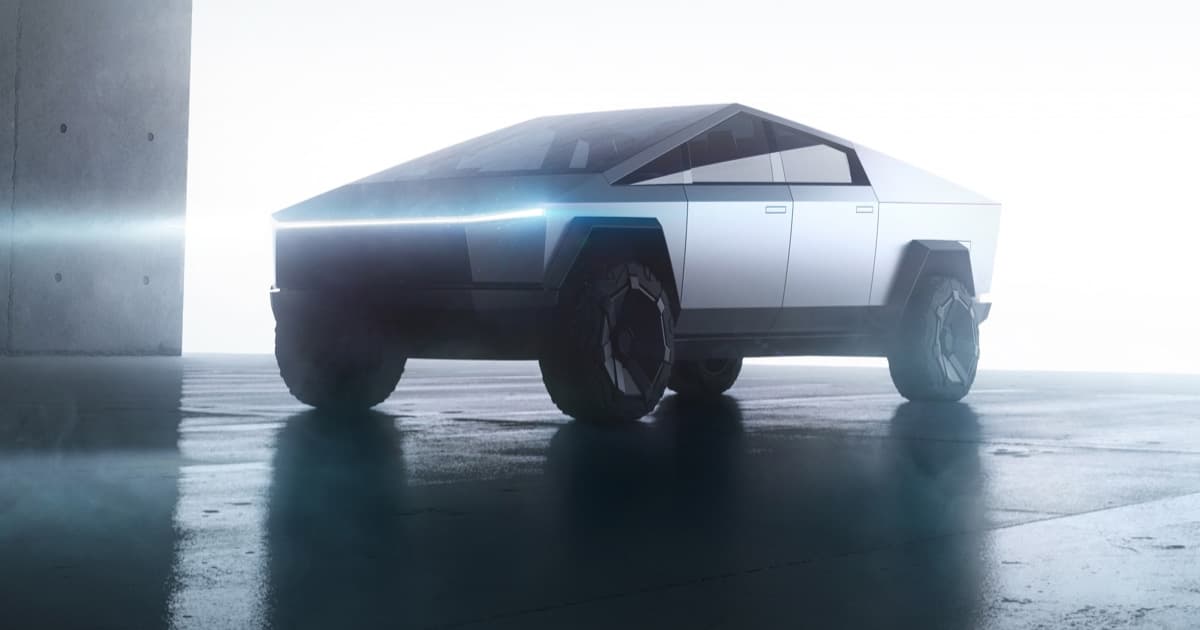 Elon Musk Promises Redesigned Cybertruck in a "Month or So”

Let's hope it still looks as brutal as the original design.

Let's hope it still looks as brutal as the original design.

According to a recent tweet by Tesla CEO Elon Musk, the electric car company will be unveiling a Cybertruck redesign "maybe in a month or so."

The long-awaited electric pickup raised eyebrows with its brutalist, sharp-angled design when it was first shown off during an event last November. Since then, Musk has hinted at minor changes to the overall design that may make it into the production model, the first of which will roll out starting in "late 2021."

It's still unclear what these changes will look like exactly, but we can make some educated guesses.

For one, it won't look awfully different.

"So man, we always want to make the car that we deliver be better than the car we unveil," Musk said during an earnings call last month. "And that’s the goal with the Cybertruck. So there’s like a lot of small improvements compared to what was unveiled. I think it’s going to be better than what we showed."

In December 2019, Musk tweeted that "we can [probably] reduce width by an inch & maybe reduce length by 6+ inches without losing on utility or [aesthetics]," referring to the truck's monstrous size. The initial design is so big, it'd be a struggle to fit it into a standard garage.

Musk has also hinted, Teslarati reports, that the redesigned truck will be tweaked to carry longer items by opening up a passthrough in the rear window, allowing objects to make use of most of the length of the vehicle.

Musk has also mentioned that the final truck will have an improved air suspension, increasing travel for "better off-roading," Musk tweeted back in April.

READ MORE: Tesla to unveil updated Cybertruck electric pickup design in ‘a month or so’ [Electrek]