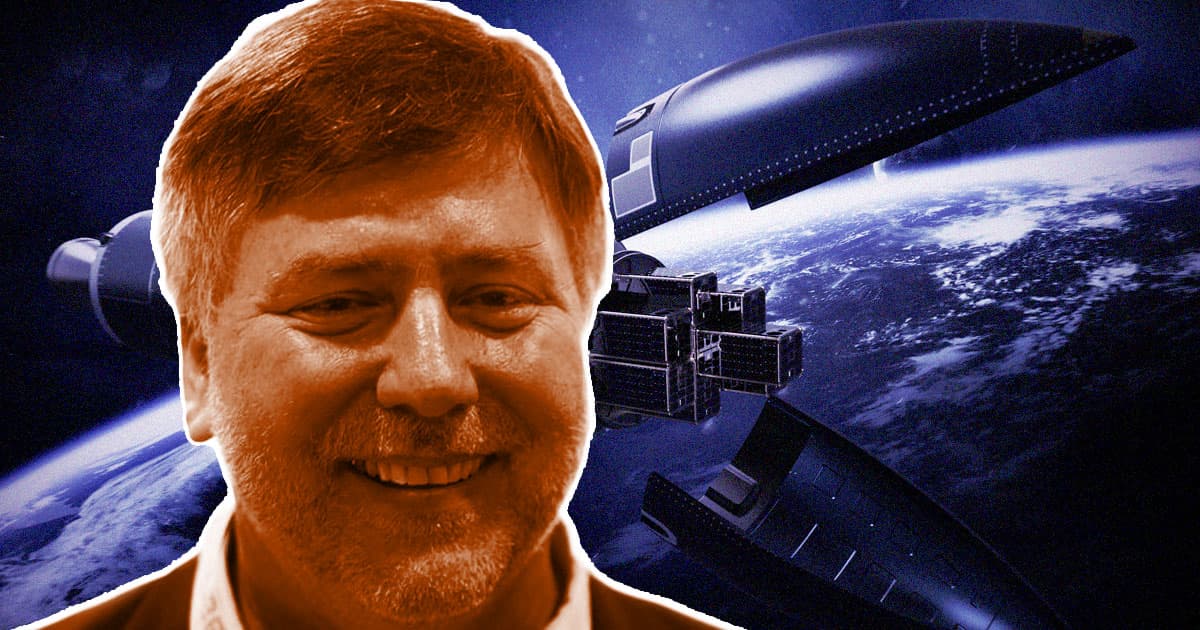 This is what happens when you get too high on your own supply.

This is what happens when you get too high on your own supply.

The ousted CEO of a SpaceX copycat — and the man who gave Elon Musk his first rocketry books — is being sued for, among other things, allegedly embezzling money to fund his vintage racecar obsession.

As Ars Technica's Eric Berger reports, Jim Cantrell, the onetime executive of the micro-launch company Vector Launch, is being sued as part of the company's bankruptcy filings.

In the motion filed in US Bankruptcy Court, Cantrell is accused of "disloyal and systematic looting of Vector for his own personal financial gain in order to fund [his] personal racing hobby and other business ventures unrelated to Vector."

Indeed, on Cantrell's website, he lists among his accolades that, along with being "on the founding team at SpaceX where he was the first VP of Business Development," he's also the founder of Vintage Exotics Competition Engineering, a company that appears to sell and manufacture parts for vintage racing cars.

Recently in the news for his relationship to Tesla and SpaceX CEO Elon Musk, Cantrell has been accused of all kinds of misbehavior in the lawsuit. According to its claims, the onetime Vector Launch CEO "brazenly treated [the company] as his personal 'piggy bank'" and used more than $2 million in company funds for his own gain, to pay for two of his other companies, and for "private jet travel, private security and bulletproof automobiles."

The laundry list of items and services that the suit alleges Cantrell used company funds for seem more at home in a Wall Street Journal exposé than in a lawsuit against the founder of a space travel startup — especially one that was created by a guy who previously worked for NASA's Jet Propulsion Lab and France's CNES Space Agency and who, in his interview with TIME's Person of the Year profile on Musk said he took the SpaceX founder to Russia to help him attempt to buy a decommissioned ballistic missile.

It just goes to show that the world of space travel is full of strange and sleazy characters. If the accusations in this lawsuit are true, Cantrell would appear to be in very good company.

More on embezzlement: The Creator of Dogecoin Says He Now Believes That All Cryptocurrency Is Horrible