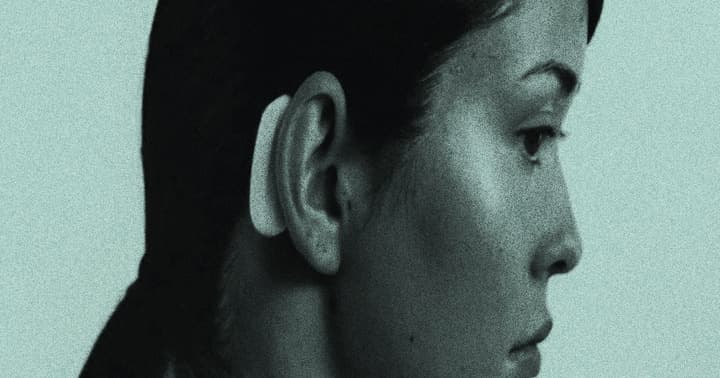 We already knew that eccentric billionaire Elon Musk was planning some sort of tech demo Friday for Neuralink, his much-hyped startup that's working on an interface between human brains and computers.

Now, the SpaceX and Tesla CEO has cranked expectations even higher — tweeting early this morning that the event would be a "live webcast" of a "working Neuralink device."

What that means, of course, is up to interpretation. In time, the company intends to interface with the human mind by attaching tiny electrode "threads" to the brain — but, even though Musk had previously suggested that clinical trials could kick off by the end of 2020, it seems unlikely that the company has already secretly implanted the device in a human.

An image released by the company shows a woman with a white gadget fixed behind her ear.

The most concrete clue Musk about Friday's event gave was that the company will show off a new version of the robot meant to weave the threads into the brain.

If a new robot is the entire reveal, it'd be something of a letdown, because Musk has set expectations sky high.

"The profound impact of high bandwidth, high precision neural interfaces is underappreciated," he tweeted back in February, for instnace. "Neuralink may have this in a human as soon as this year."

To find out whether we're going to see anything like that, we're probably going to need to wait for Friday's event.

Eyes Have It
Meet the Neuralink Cofounder Who Left and Started a Competitor That's Now Rapidly Catching Up
12. 30. 22
Read More
Butcher Shop
Neuralink Employees Admit Company Has Killed 1,500 Animals So Far
12. 6. 22
Read More
PDA
Elon Musk Is Faving Posts on Twitter That Are Making Our Skin Crawl With Embarrassment
11. 9. 22
Read More
+Social+Newsletter
TopicsAbout UsContact Us
Copyright ©, Camden Media Inc All Rights Reserved. See our User Agreement, Privacy Policy and Data Use Policy. The material on this site may not be reproduced, distributed, transmitted, cached or otherwise used, except with prior written permission of Futurism. Articles may contain affiliate links which enable us to share in the revenue of any purchases made.
Fonts by Typekit and Monotype.