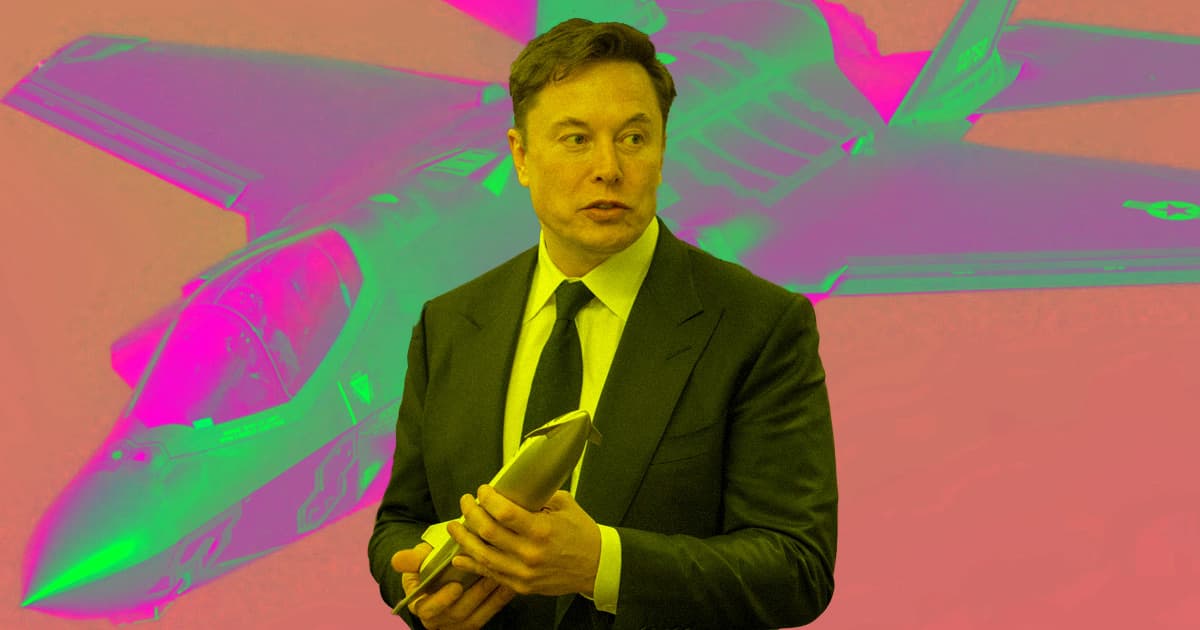 SpaceX CEO Elon Musk told a room full of U.S. Air Force pilots last week that "the fighter jet era has passed," as CNBC reports. He made the comments at the Air Warfrare Symposium in Orlando Florida last Friday, referring to the fact that remotely-controlled drones — and not extremely expensive fighter jets — are the future.

Musk also argued that the American F-35 fighter jet, developed by Lockheed Martin, should have some competition. The jet has cost the Pentagon — and taxpayers — over a trillion dollars to develop. The latest iteration of the F-35 has been steeped in problems, getting abysmal results during recent testing.

"The competitor should be a drone fighter plane that’s remote-controlled by a human, but with its maneuvers augmented by autonomy," Musk wrote in a Friday follow-up tweet. "The F-35 would have no chance against it."

Musk also warned that China's economy could eventually dwarf the US's — and could thereby gain the upper hand in space.

"This is not something that was a risk in times past but is a risk now," Musk said at Friday's event. "I have zero doubt that if the United States doesn’t seek innovation in space it will be second in space."