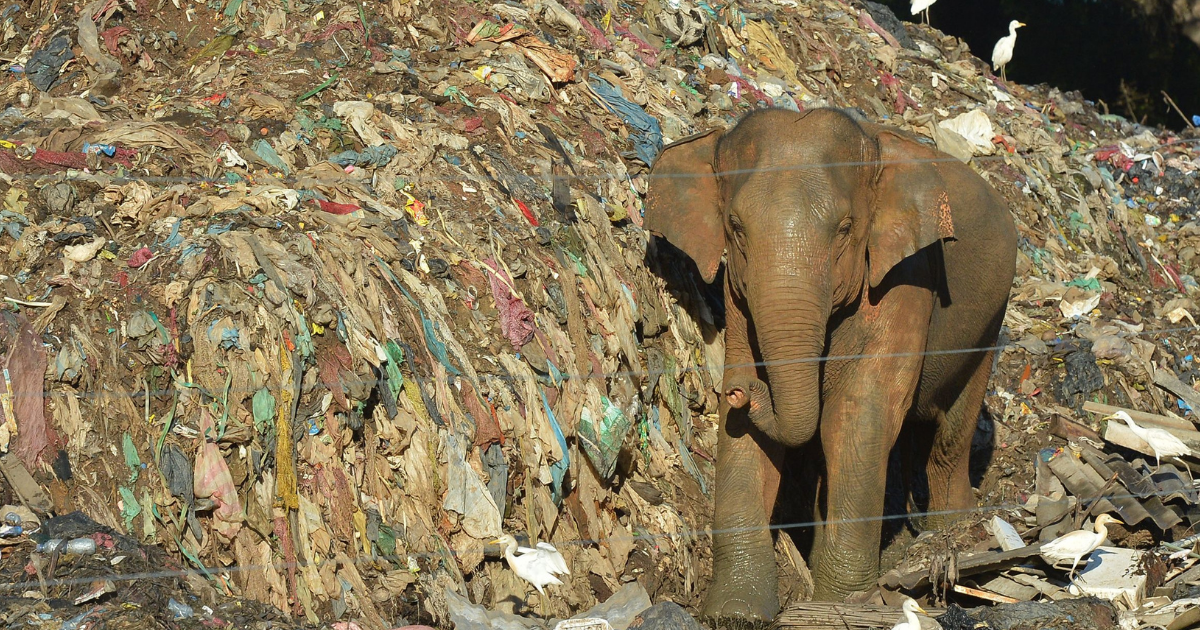 Somebody's got to do something.

Somebody's got to do something.

You may have heard about microplastics — tiny particles of smashed up plastic that's permeating the natural environment and even human bodies — but large chunks of the stuff can be just as dangerous. This week, the Associated Press  reported that at least 20 elephants have died during the last eight years from eating plastic trash in the Pallakkadu village dump 130 miles east of the Sri Lankan capital of Colombo.

Two more elephants were found dead over the weekend, prompting vets and conservationists to ring alarm bells on the country's failed mitigation efforts, like the broken electric fences originally built to keep elephants out of the waste pit.

"Polythene, food wrappers, plastic, other non-digestibles and water were the only things we could see in the post mortems," wildlife veterinarian Nihal Pushpakumara told the AP. "The normal food that elephants eat and digest was not evident."

While elephants are revered in Sri Lanka, they're also endangered. According to the BBC, Sri Lanka conducted a census in 2011 which found just fewer than 6,000 elephants in the country. That's a big drop compared to the 14,000 during the 19th century, according to the AP.

While Sri Lanka let the dump's electric fences languish following a lightning strike in 2014, both elephants and people are dying in this environmental dystopia. Because the measures the government promised to keep elephants safe are dilapidated, those 20 animals have died from eating trash. In addition, Chinese state-run news organization Xinhua reports that 122 people died in 2020 due to human-elephant conflict, up from the yearly average of 85.

It's not surprising or immoral for humans to protect their crops, families and homes from roving elephant herds, but if local government can't take care of business, another international group like the World Wildlife Fund or the UN should put their millions of donated and government dollars to good use to save both human and animal lives — before it's too late for the elephants.