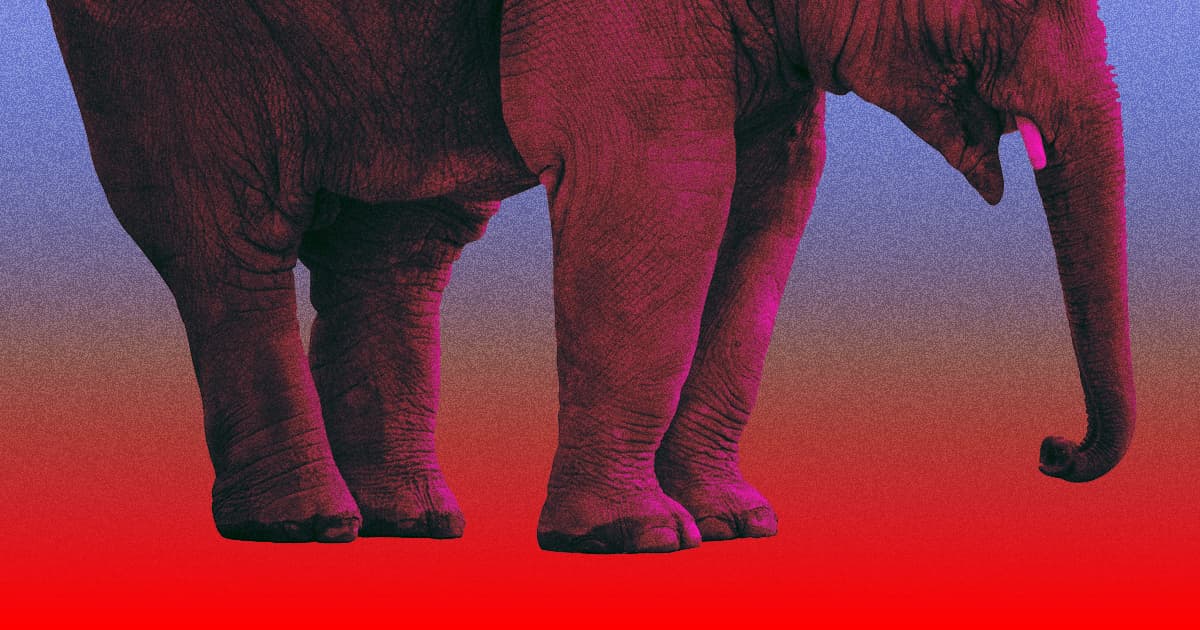 A trio of alleged rhino poachers had a run-in with some elephants.

A trio of alleged rhino poachers had a run-in with some elephants.

An alleged poacher died on Saturday after he was trampled by elephants.

He and two others — both of whom survived — are suspected of hunting for rhinos in South Africa's Kruger National Park, according to CNN. The trio fled when park rangers started to pursue, unfortunately running into a breeding herd of elephants that weren't keen on their uninvited company. The story is laced with schadenfreude: man killing vulnerable species gets comeuppance — but it also illustrates how prevalent poaching still remains today, and just how difficult it is to stop it.

Kruger National Park currently hosts the largest rhino population in the world. Even then, the park is home to only 268 black rhinos and about 3,500 white rhinos. The dwindling numbers illustrate how fragile the species are, yet the concentration of rhinos in one place also makes the park a prime target for poaching — a problem that's devastated the animals in recent years.

That makes fighting poachers in the park like a game of whack-a-mole, as more and more people attempt to hunt down the rhinos.

"We are proud of the teamwork and dedication of our Rangers Corp, our aviators and the K9 unit," Kruger National Park Managing Executive Gareth Coleman said in a release. "It is unfortunate that a life was unnecessarily lost. Only through discipline, teamwork and tenacity will we be able to help stem the tide of rhino poaching in [Kruger National Park]."

As CNN notes, rangers arrested three more poachers the very next day, underscoring the persistence of the threat to protected wildlife in the area.

"The campaign against poaching is the responsibility of all us; it threatens many livelihoods, destroys families and takes much-needed resources to fight crime which could be used for creating jobs and development," Coleman added.

More on poaching: Synthetic Rhino Horns Are Being Created to Flood Markets and Eradicate Poaching

Brands We Love
Photosynthesis Is the Strategy Game That Lets You Take Control of a Forest Ecosystem
11. 19. 19
Read More
Cloud Cover
Climate Change Is Eliminating Clouds. Without Them, Earth Burns
2. 25. 19
Read More
Elon Tusk
Poaching Is Forcing Elephants to Evolve Away From Having Tusks
11. 9. 18
Read More
+Social+Newsletter
TopicsAbout UsContact Us
Copyright ©, Camden Media Inc All Rights Reserved. See our User Agreement, Privacy Policy and Data Use Policy. The material on this site may not be reproduced, distributed, transmitted, cached or otherwise used, except with prior written permission of Futurism. Articles may contain affiliate links which enable us to share in the revenue of any purchases made.
Fonts by Typekit and Monotype.