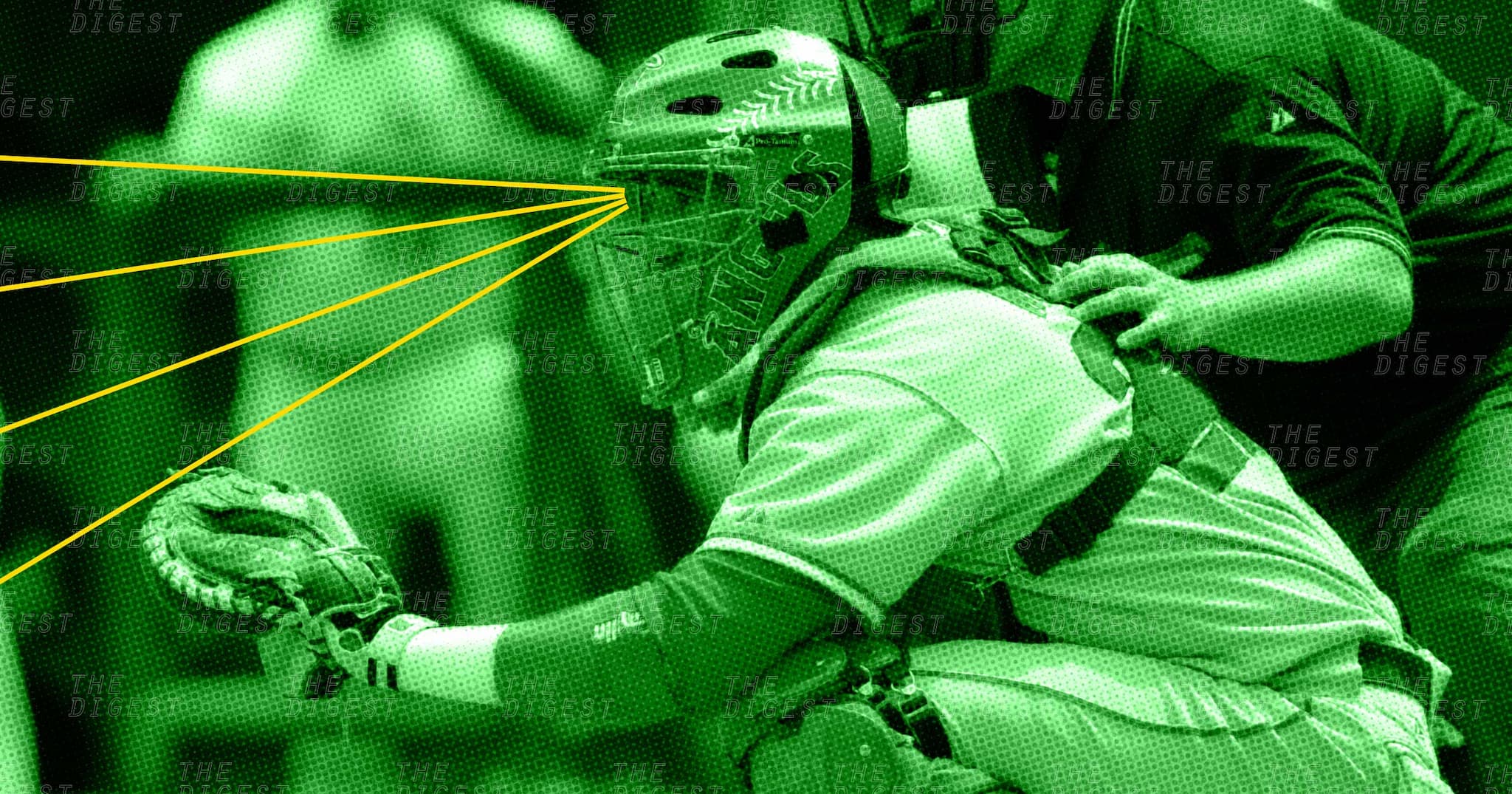 Baseball Players Are Sick of Fallible Umpires. Robots Should Make Calls Instead.

A Cubs player was ejected after telling an ump he should be replaced with an electronic strike zone.

A Cubs player was ejected after telling an ump he should be replaced with an electronic strike zone.

YOU'RE OUTTA HERE. On Tuesday, Ben Zobrist, second baseman for the Chicago Cubs, got into an argument with an umpire and said probably the last thing any worker wants to hear: a robot could do your job better than you.

To be fair, Zobrist was frustrated. In the sixth inning of a game against the Milwaukee Brewers, umpire Phil Cuzzi had called Zobrist out on strikes. Zobrist thought the calls were bogus. As he explained to reporters after the game, he told Cuzzi between innings, "That's why, you know, we want an electronic strike zone." The comment earned the 13-year veteran of Major League Baseball (MLB) his first career ejection.

WE HAVE THE TECHNOLOGY. If you've watched a professional baseball game on television in the last decade or so, you've seen an overlayed graphic that shows exactly where each pitch travels relative to home plate. Viewers can instantly tell from this graphic if the pitch is within the batter's strike zone — the area above home plate between the hitter's knees and midsection.

The system that makes this possible is PITCHf/x, and it's installed in every single MLB ballpark. Using three permanently mounted cameras, the system can determine the trajectory, speed, and type (e.g., fastball, slider) of every pitch. It's accurate within one mile per hour and one inch.

But still, MLB is still wary of using an electronic strike zone to determine balls and strikes during gameplay.

"When you take away the home plate umpire's control over the strike zone, you take away a principal piece of his authority in terms of managing the whole game," Commissioner of Baseball Rob Manfred told sports journal The Athletic in May. "You really need to think carefully about whether you want to make that change."

UMP VS. MACHINE. The problem is humans really aren't all that great at the task of calling pitches, or at least not as good as an electronic strike zone.

For a 2016 episode of the HBO series Real Sports with Bryant Gumbel, Yale professor Toby Moskowitz studied nearly a million MLB pitches, comparing them to the PITCHf/x data. He found that umpires incorrectly called about 12 percent of pitches.

"Why do millions of people sitting at home get to know whether or not it was a ball or strike, yet the poor dude behind home plate is the one who’s left in the dark?" asked MLB Network analyst and former outfielder Eric Byrnes during the episode.

Clearly, Zobrist has the same question, but other players might want to think twice about asking it during a game. Based on Manfred's interview, the MLB seems to be warming up to the idea of an electronic strike zone little by little. So it might not be too much longer before umpires have to hand over their strike zone authority to robots.

More on automation: Experts Answer: Who Is Actually Going to Suffer From Automation?

He's On Fire!
A Chaotic, Awful, Great Idea to Save the NBA is Here
3. 18. 20
Read More
Cost of Living
This Company Is Paying People $1,830 to Film Them Constantly
11. 29. 19
Read More
Lowkey Robot Takeover
New Futurist Fear: "Economic Singularity" Could Kill Jobs Forever
3. 19. 19
Read More
+Social+Newsletter
TopicsAbout UsContact Us
Copyright ©, Camden Media Inc All Rights Reserved. See our User Agreement, Privacy Policy and Data Use Policy. The material on this site may not be reproduced, distributed, transmitted, cached or otherwise used, except with prior written permission of Futurism. Articles may contain affiliate links which enable us to share in the revenue of any purchases made.
Fonts by Typekit and Monotype.