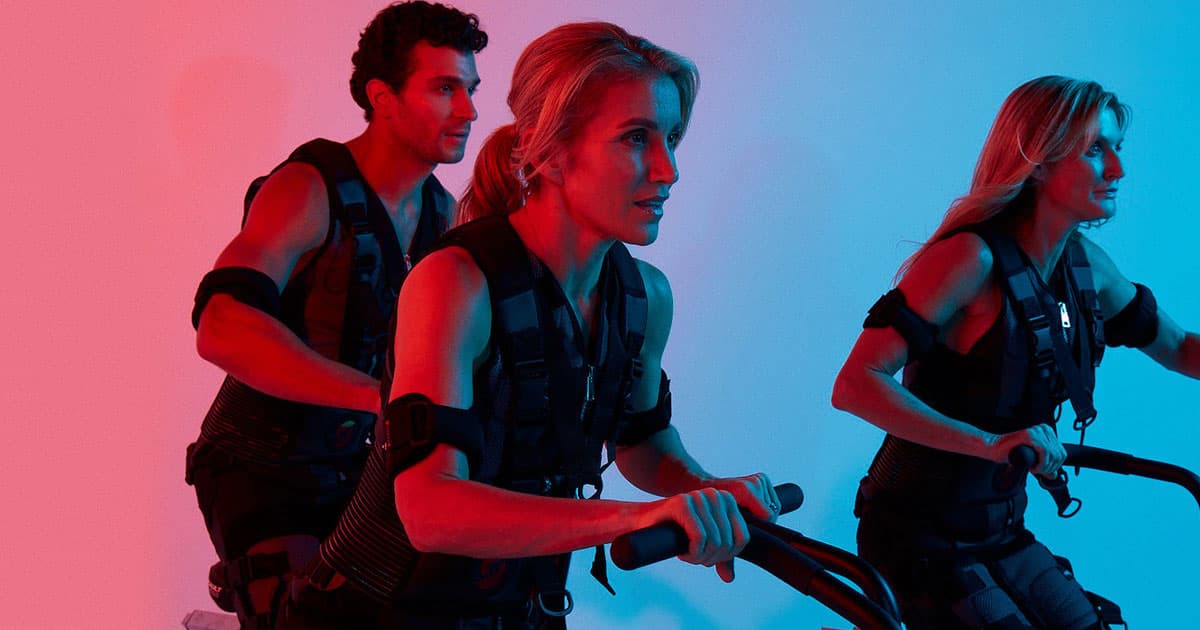 Why People Are Adding Electric Shocks to Their Workouts

Is it worth random muscle twitches?

Is it worth random muscle twitches?

Popular Science reporter Rachel Feltman recently tested a futuristic way of getting fit: zapping your muscles with electricity during an otherwise conventional workout.

Feltman's takeaway: "The pumps, my dudes, were indeed gnarly."

Electro Muscle Stimulation (EMS) has been around for a while, but only recently turned into a group exercise thanks to a U.S.-based fitness company with the edgy name Shock Therapy.

The idea is to create resistance by triggering muscle movement using electrical signals. These "shocks" are sent through a bulky suit that you wear during your workout. The experience sounds pretty intense.

"The machine stimulates your muscles to make them prickle and twitch, sometimes to the point of discomfort," Feltman wrote, adding that the feeling is equivalent to being "strapped to super-tight resistance bands."

It Works. Sort of.

So does it actually work? The theory says that you burn more calories and build more muscle just because your muscles are subjected to more work, while trying to counteract the spasms.

Scientific studies have often found it to be an effective way to train, but have pointed out limitations as well. A meta-study found it was effective, but not more so than a traditional workout. A 2016 study found it to be "time-efficient but pricey" compared to other high-intensity regimens.

And it hasn't really caught on yet, either, despite athletes experimenting with the technology for years. There could be a number of reasons for why that is. Top of that list: why bother paying $55 or more when you can just add more resistance bands or up the weights you're lifting?

If anything, EMS could be great at just getting a really good pump.

"I don’t know why you’d want that and I don’t care; maybe you’re competing or modeling or just want to look swole AF in your wedding dress (same)," Feltman wrote. "But when I looked in the mirror for the hour or two following an EMS session, I was like, 'OK, but whose arms are those?' And it was great."

READ MORE: I zapped my muscles to get swole and it sort of worked [Popular Science]

More on fitness: Future Space Tourists Might Have To Train Before Their Trips

Swole Patrol
Scientists Find That Lifting Weights for Just Three Seconds Is Quite Good for You
2. 7. 22
Read More
Brands We Love
This Fitness App Puts You in Constant Contact With Your Own Personal Trainer
10. 9. 21
Read More
Brands We Love
Crossrope Is a Deceptively Simple Tool for Amazing Home Workouts
8. 31. 21
Read More
+Social+Newsletter
TopicsAbout UsContact Us
Copyright ©, Camden Media Inc All Rights Reserved. See our User Agreement, Privacy Policy and Data Use Policy. The material on this site may not be reproduced, distributed, transmitted, cached or otherwise used, except with prior written permission of Futurism. Articles may contain affiliate links which enable us to share in the revenue of any purchases made.
Fonts by Typekit and Monotype.