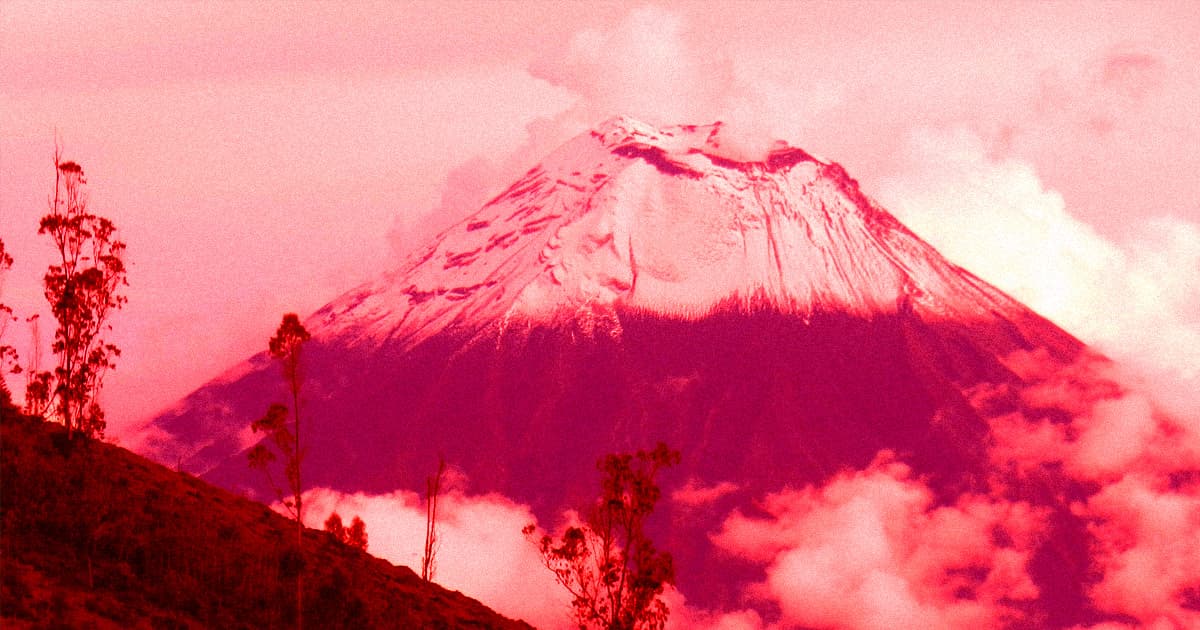 The last collapse destroyed over 11,000 football fields' worth of land.

The last collapse destroyed over 11,000 football fields' worth of land.

In Ecuador, one of South America's most active, angry volcanos — given the not-at-all-terrifying name "Throat of Fire" — is on the verge of collapse. While this isn't about to happen tomorrow, it's at serious risk of an event in the near future, one that could no doubt carry potentially devastating ecological and economic consequences.

The news comes via ScienceAlert off the publication of new research by geophysical volcanologists from the University of Exeter, who used satellites to find that the volcano — known as "Tungurahua" by the indigenous Quechua population — is experiencing "rapid deformation."

The result wouldn't be an eruption, but a "colossal landslide." The last collapse of the Tungurahua was estimated to be 3,000 years ago, when it blanketed rock, soil, snow and water over 80 square kilometres – the equivalent of more than 11,000 football fields."

In 1999, an eruption of the volcano resulted in the evacuation of 25,000 people, and more eruptions have led to further evacuations as recently as 2014. When this thing goes off, as you can see, it does not hold back.

Tungurahua (also known by the Quechua as the Black Giant) is a stratovolcano — a composite volcano with a cone shape comprised of solidified lava, pumice, ash, and fragments of previously ejected volcanic particles. In other words, the next one could be bad.

"The uncertainty of these natural systems also means it could remain stable," said Exeter geophysicist James Hickey, the research leader. "However, it’s definitely one to keep an eye on in the future.”

More on volcanos: Watching This Volcano Erupt From Space Is Absolutely Epic