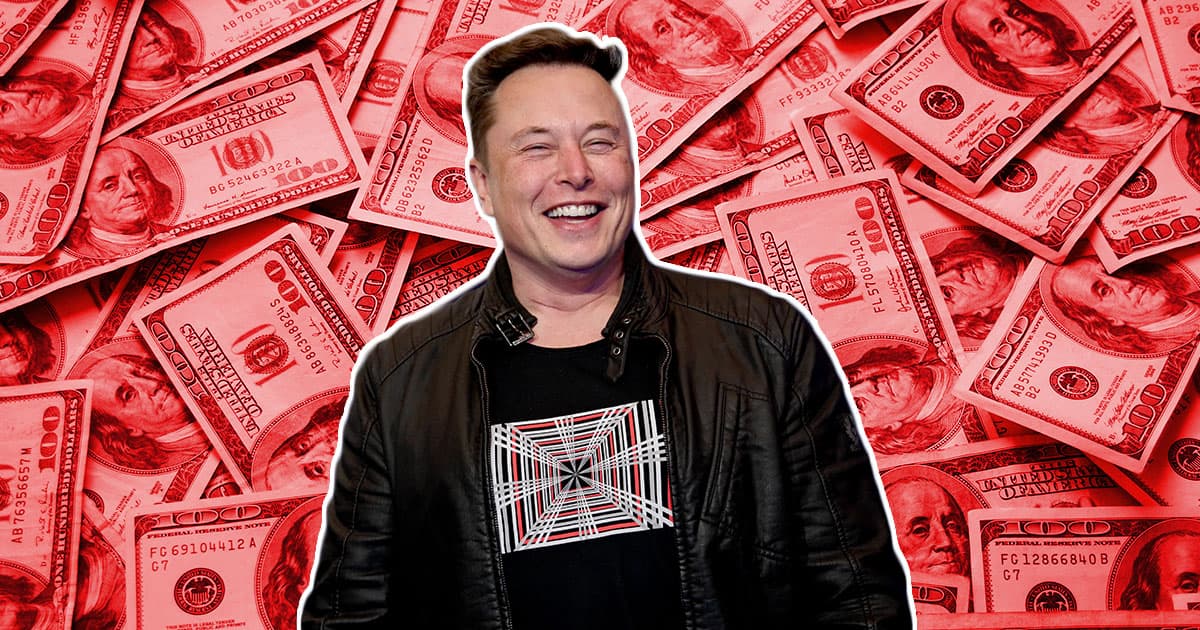 Bad News, Your 401K Is Tanking, Good News, Elon Musk Is About to Make Bank

Analysts expect 2022 to be a hot financial year for Tesla — and that means its CEO Elon Musk could net billions of dollars in stock awards, CNN reports.

His reported net worth may be sky high — according to the latest numbers, he's still the richest person in the world — but Musk earns his actual take home through options, awarded each time Tesla hits certain market value targets.

And now, with his electric car company flirting with a trillion-dollar market cap, Musk could be poised for his best year yet, even if the rest of the stock market is on shaky footing.

At first glance, this past month has been a bit of a disaster for Tesla, with stocks sliding several percentage points and overall valuation dipping below the esteemed 13 figure mark.

Tesla is just along for the ride, though — Wall Street on the whole is affected, with markets declining for three consecutive weeks.

The slump has also slashed $30 billion off of Musk's Tesla stock holdings as well.

But market analysts are bullish and expect the billionaire's company to hit all five remaining financial targets in 2022. That means Musk may receive four or more out of five tranches, essentially Musk's personal reward for Tesla hitting those targets — a personal record, according to CNN.

"With Tesla's growth trajectory, I'd be surprised if he doesn't get all five tranches this year based on hitting all the triggers," Ives told the broadcaster.

In fact, Musk could qualify for a payout sooner than one might think as Tesla is set to report fourth quarter earnings on Wednesday.

Still, Tesla's sky high market valuation — it's worth more than the next ten automakers in the world combined, despite only representing a tiny sliver of sales — makes it a risky option. And investors may be growing wary, leading to this year's slump.

A lot will depend on Wednesday's report earnings call. Tesla may stand a chance of hitting several more targets, making the richest man in the world even richer. But if Tesla has had a less impressive Q4, the company's stock could keep sliding for the time being.

READ MORE: Elon Musk is about to get a lot richer [CNN]

More on Musk: Tesla Is Absolutely Spraying Out Cars