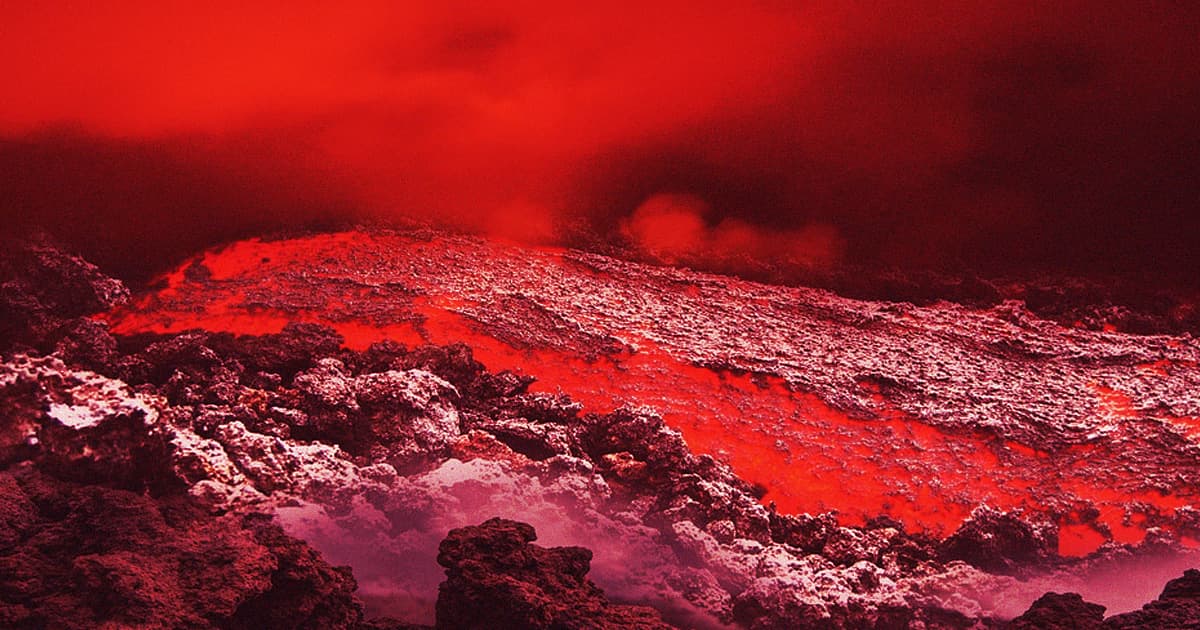 The Earth's Interior Is Sucking Up Huge Amounts of Carbon, Scientists Say

Our planet is sucking up way more carbon from the atmosphere than previously thought, according to new research.

We're not out of the woods yet, however — though the research could help us make more accurate projections about a drastically changing climate, and even perhaps provide clues about how to artificially remove carbon from the atmosphere and lock it beneath the planet's surface.

The theory so far has been that most if not all of the carbon being sucked beneath the surface at these "subduction zones" eventually gets released again in the form of volcanic emissions.

But according to the new study, published in the journal Nature Communications this month, the Earth's interior is only releasing about a third of the carbon being sucked below the areas where one tectonic plate gets pushed below another. These subduction zones are usually where volcanoes form — which spew forth much of this sucked up carbon.

In other words, the Earth's interior is swallowing up significant amounts of carbon — a process called "plate subduction" — without spitting it back out again as part of the planet's carbon cycle.

"We currently have a relatively good understanding of the surface reservoirs of carbon and the fluxes between them, but know much less about Earth’s interior carbon stores, which cycle carbon over millions of years," said lead author Stefan Farsang, PhD PhD student at Cambridge University in the UK, in a statement.

Farsang and his team simulated the chemical reactions occurring in the tectonic plate rock. They found that these reactions in the subduction zones can permanently trap the majority of this carbon and send it even deeper into the planet's interior.

The research adds to growing evidence that rocks can become more magnesium-rich as they are being pushed deeper, making the carbonate less soluble and less likely to end up in volcanic flows in the process. These rocks eventually turn into diamonds at sufficient levels of extreme pressure.

We can't rely on this carbon cycle alone to reverse climate change — but it could teach us how to trap at least some of this carbon.

"These results will also help us understand better ways to lock carbon into the solid Earth, out of the atmosphere," said co-author Simon Redfern, Dean of the College of Science at NTU Singapore, in the statement. "If we can accelerate this process faster than nature handles it, it could prove a route to help solve the climate crisis."

We Just Blew Through Another Climate Change Milestone
4. 29. 17
Read More
Earth Just Passed 410 PPM CO2 Levels for the First Time in Human History
4. 27. 17
Read More
Australia Moves to Update Location; Shifted 1.5 Meters in Just 22 Years
7. 31. 16
Read More
+Social+Newsletter
TopicsAbout UsContact Us
Copyright ©, Camden Media Inc All Rights Reserved. See our User Agreement, Privacy Policy and Data Use Policy. The material on this site may not be reproduced, distributed, transmitted, cached or otherwise used, except with prior written permission of Futurism. Fonts by Typekit and Monotype.