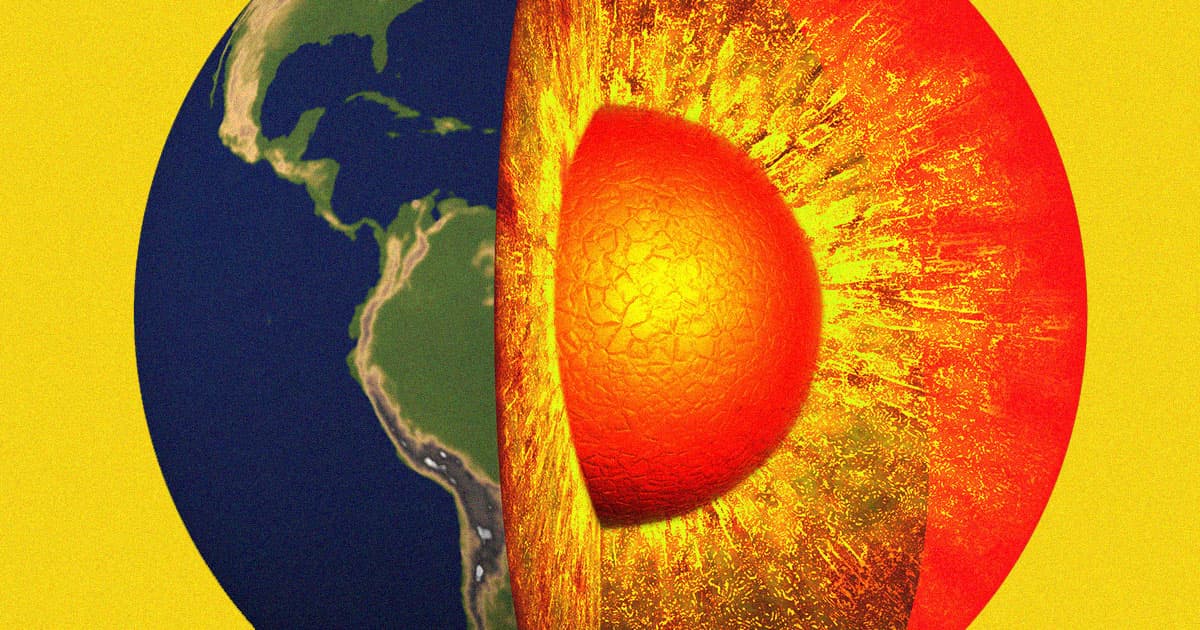 Putting a Spin on It

According to a new study, the Earth's inner core appears to have stopped spinning.

While that may sound bad, as Vice reports, scientists say it's not actually a big deal.

The new findings, as detailed in a paper published in the journal Nature Geoscience, support the theory that the core comes to a halt and reverses direction every 60 to 70 years.

Measuring seismic waves from quakes deep beneath the surface, the researchers found that the Earth's inner core "may be experiencing a turning-back in a multidecadal oscillation," suggesting that there was "another turning point in the early 1970s."

Flip It and Reverse It

The reasons for this switch back, the scientists believe, involve the Earth's magnetic field — causing the planet's mostly liquid outer core to move, thereby forcing the inner core to rotate — and gravity.

"The mantle and inner core are both highly heterogeneous, so the gravity between their structures tends to drag the inner core to the position of gravitational equilibrium, so-called gravitational coupling," lead authors Yi Yang  and Xiaodong Song, a pair of researchers at Peking University, told Vice.

"If the two forces are not balanced out, the inner core will accelerate or decelerate," they explained.

The theory could explain a number of observed phenomena, from cycles in the Earth's climate system to the shifts in the length of a single day.

In fact, "the gravitational coupling between the inner core and the mantle may cause deformation at the Earth’s surface, which would affect the sea level," the researchers told Vice, tying it to a number of other systems including "the global atmospheric circulation and temperature."

Yang and Song are now working on building out their model, understanding how these mechanisms work, and how the inner core's rotation will change going forward.

But for now, it's a tantalizing glimpse into a possible relationship between the deepest inner workings of our planet and the effects it may have on life back on the surface.

More on the inner core: Scientists Claim Earth's Core Is a Weird New State of Matter