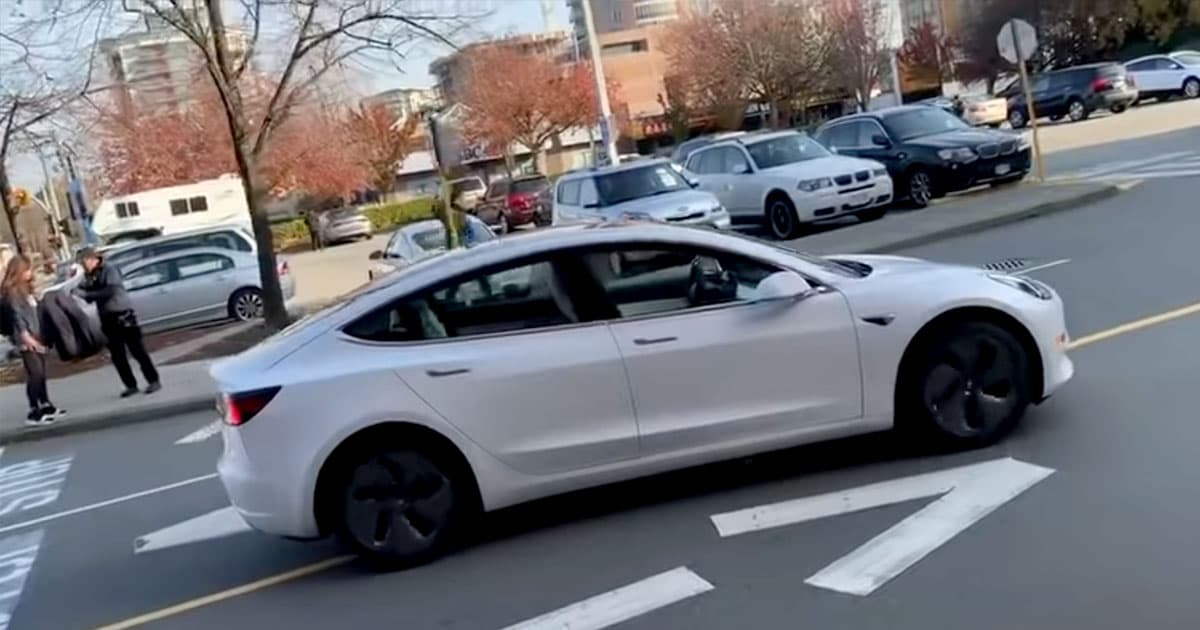 In September, Tesla released Smart Summon, a feature that allows owners to summon their vehicles from up to 196 feet away using a smartphone app. Early reviews described it as an impressive feat, while also noting that the feature is "terrifying."

Some people are already misusing Smart Summon, even trying to run themselves over with their own car in some instances.

Now, as CBC reports, a video has surfaced showing a driverless Tesla moving at a brisk pace through a mall parking lot in Richmond, British Columbia — but on the wrong side of the road.

Use at Your Own Risk

Tesla claims that it's not at fault if people get hurt using Smart Summon.

Release notes for the software claim that "you are still responsible for your car and must monitor it and its surroundings at all times within your line of sight because it may not detect all obstacles."

Regulators aren't happy, though — the Insurance Corporation of British Columbia, a government-owned auto insurance company, released a statement claiming that driverless technology is not permitted in the province.

"Autonomous and driverless vehicles are not currently permitted on B.C. highways, as reflected by federal regulations," the statement reads. "This is an emerging field that raises questions in regards to both safety and policy."

More on Smart Summon: Idiots Are Trying to Run Themselves Over With Their Own Teslas