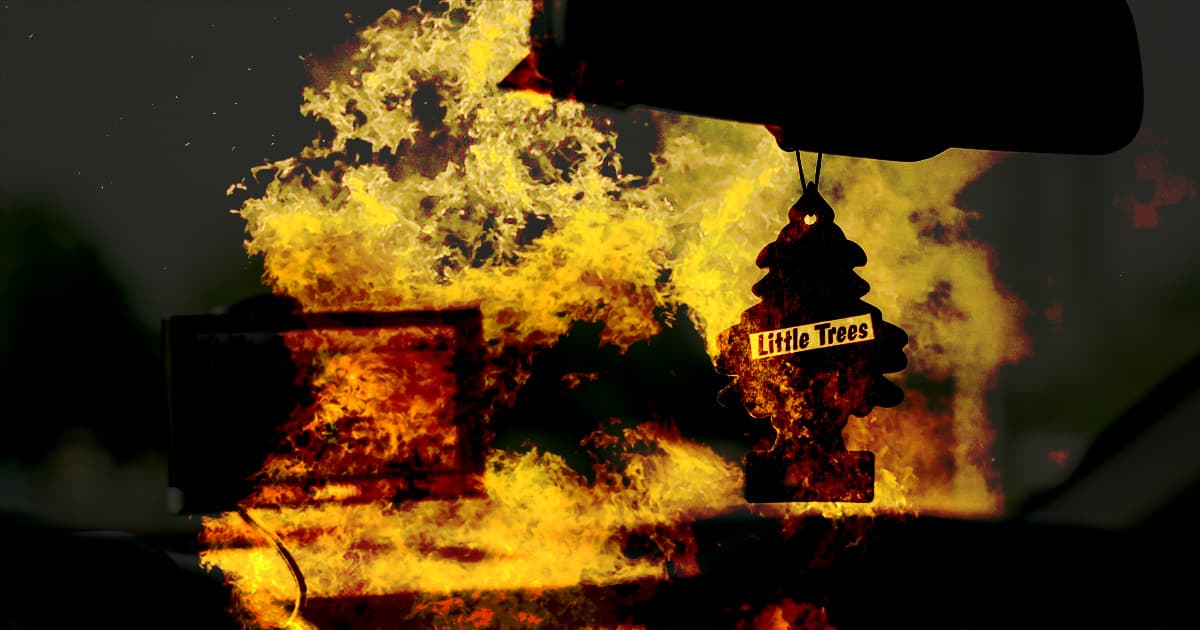 A Driver Used so Much Air Freshener His Car Literally Exploded

Everything was going fine until he lit up a cigarette.

Everything was going fine until he lit up a cigarette.

A driver in the United Kingdom is now the poster child for heeding warning labels.

On Saturday, his car exploded while he was in it. The reason? According to a tweet from the West Yorkshire Fire and Rescue Authority, the driver had sprayed an "excessive" amount of flammable air freshener in the car — and then lit a cigarette.

The BBC reported that the driver was sitting in traffic in Halifax when he lit the cigarette, causing an explosion that buckled his car's doors and shattered its windshield and windows.

The blast was so powerful that it even damaged the windows of nearby businesses, and people in the area took to social media to report feeling their entire homes shake.

The most mind-boggling part of this truly bizarre story, though, is that the driver was able to climb out of the car after it exploded, sustaining only minor injuries.

Authorities are hopeful that others will learn a valuable lesson from the experience of this one very lucky driver.

"We don't always see risk in everyday items but invariably they do exactly what is says on the tin," West Yorkshire Fire and Rescue Authority tweeted. "We have attended incidents of a similar nature before. Always read the labels."

More on exploding cars: Watch a Tesla Model 3 Explode on the Side of a Russian Highway