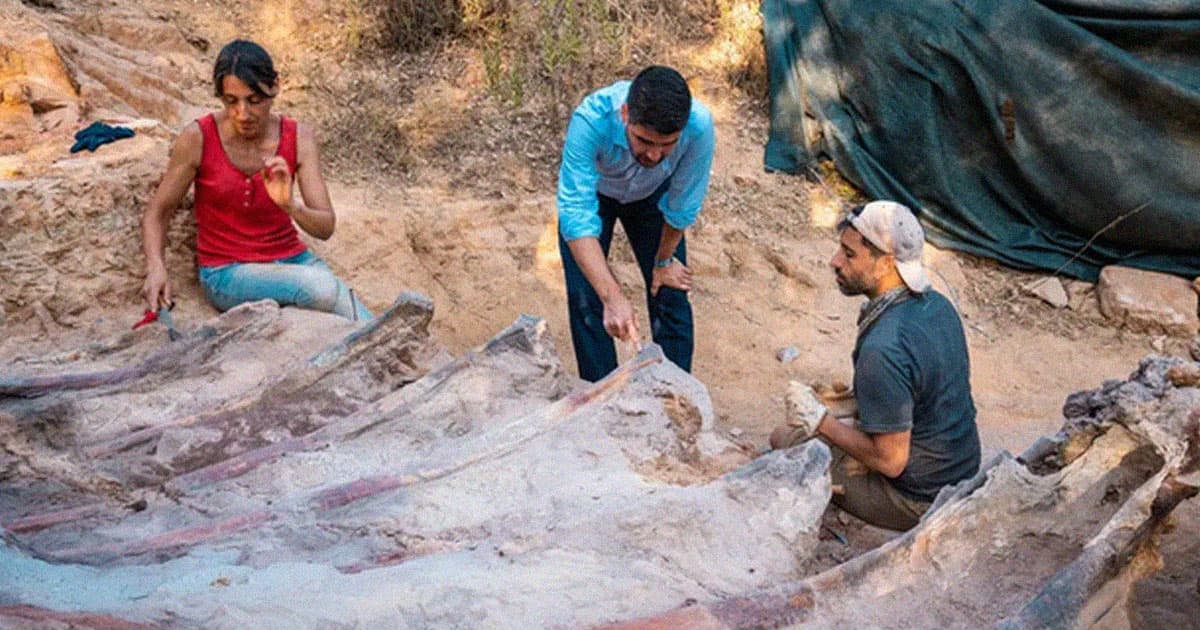 A man found a huge dinosaur fossil in his backyard — and it may be the largest ever discovered in Europe.

On Wednesday, the University of Lisbon issued a statement about the 82-foot beast. The property owner first discovered bone fragments while doing some construction work in 2017 in his yard, and contacted the university's research team. Researchers carried out the first excavation campaign that same year in Pombal, Portugal, and returned this year to further extricate the ancient remains.

The dino bones most likely belong to a sauropod that's almost 40 feet tall in addition to its extraordinary length. Considering it's between 100 and 160 million years old, the fossil is also in pretty good condition, they say.

"It is not usual to find all the ribs of an animal like this, let alone in this position, maintaining their original anatomical position," Elisabete Malafaia, a postdoctoral researcher at the Faculty of Sciences of the University of Lisbon said in the statement. "This mode of preservation is relatively uncommon in the fossil record of dinosaurs, in particular sauropods, from the Portuguese Upper Jurassic."

Despite their gigantic size and long necks and tails, sauropods were herbivores. Unlike the famous T-rex, sauropods had thick, strong forelimbs.

Some of the most recognizable species in their group include Brachiosaurus altithorax and Giraffatitan brancai, as well as the Portuguese Late Jurassic species found in Portugal’s West region, Lusotitan atalaiensis.

With a team of both Portuguese and Spanish researchers on the case, let's hope there's more to glean about our Late Jurassic buddies from the new discovery.

More on the dino's demise: Team Claims to Have Found Chunk of Asteroid That Killed the Dinosaurs