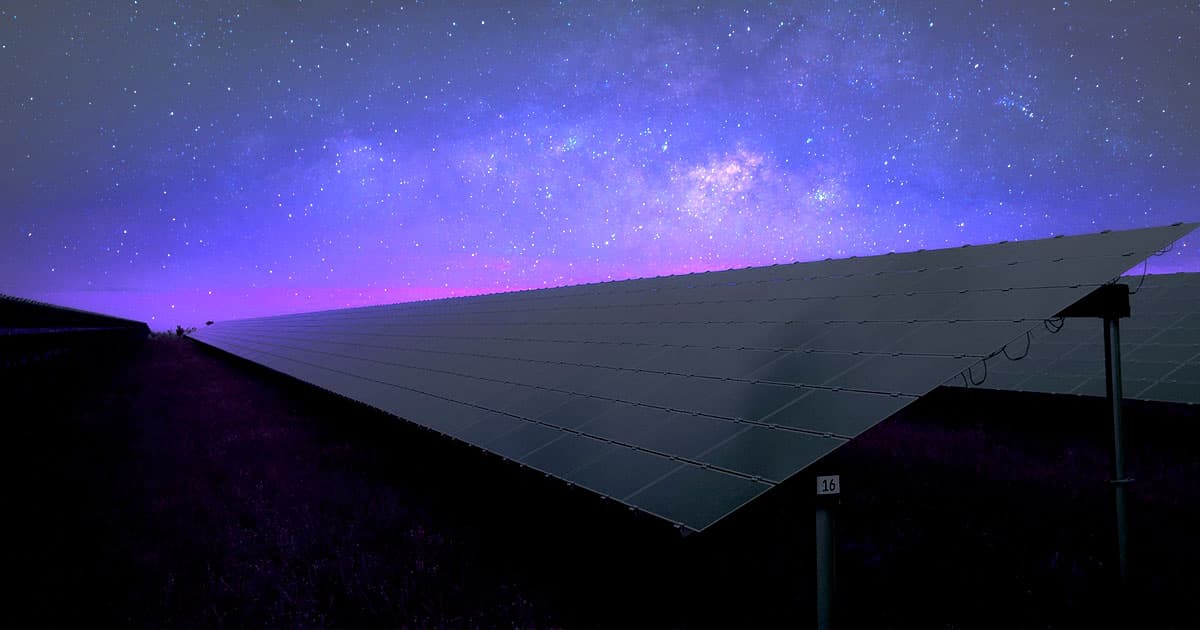 This Solar Panel-Like Device Can Generate Electricity in the Dark

A prototype was able to power a white LED — but not much more.

A prototype was able to power a white LED — but not much more.

Solar panels are great — but when the Sun goes down, they turn into expensive slabs of metal.

But a new invention could allow us to continue generating renewable energy even in the dark, the New York Times reports. Electrical engineer Aaswath Raman, at the University of California in LA, has come up with a device that can harness energy from a dark night sky to power an LED — hinting at a new frontier in renewable energy.

Power of the Dark Side

Raman's findings were published in the journal Joule today. His device — made from easy-to-find materials including Styrofoam and off-the-shelf aluminum parts — takes advantage of radiative cooling, the process that allows objects to release heat after the Sun sets.

The top portion of the device cools down more quickly than the bottom, allowing it to turn the temperature swing into electricity with the help of a thermoelectric generator.

Unfortunately, it's not very powerful. The prototype was able to power a white LED, but was still three orders of magnitude less powerful than a solar panel per square meter, as the Times points out.

"They have suggested reasonable paths for increasing the performance of their device," MIT materials scientist Jeffrey Grossman told the Times. "But there is definitely a long way to go if they want to use it as an alternative to adding battery storage for solar cells."

Fusion Futility
Elon Musk Slams Fusion, Says Future of Energy Is Wind and Solar
Sep 9
Read More
Good Neighbors
German Government Says It May Keep Nuclear Plant Open After All
Jul 31
Read More
Unreliable Friends
Archipelagic Nation Sick of Other Countries Breaking Climate Change Promises
May 29
Read More
+Social+Newsletter
TopicsAbout UsContact Us
Copyright ©, Camden Media Inc All Rights Reserved. See our User Agreement, Privacy Policy and Data Use Policy. The material on this site may not be reproduced, distributed, transmitted, cached or otherwise used, except with prior written permission of Futurism. Articles may contain affiliate links which enable us to share in the revenue of any purchases made.
Fonts by Typekit and Monotype.