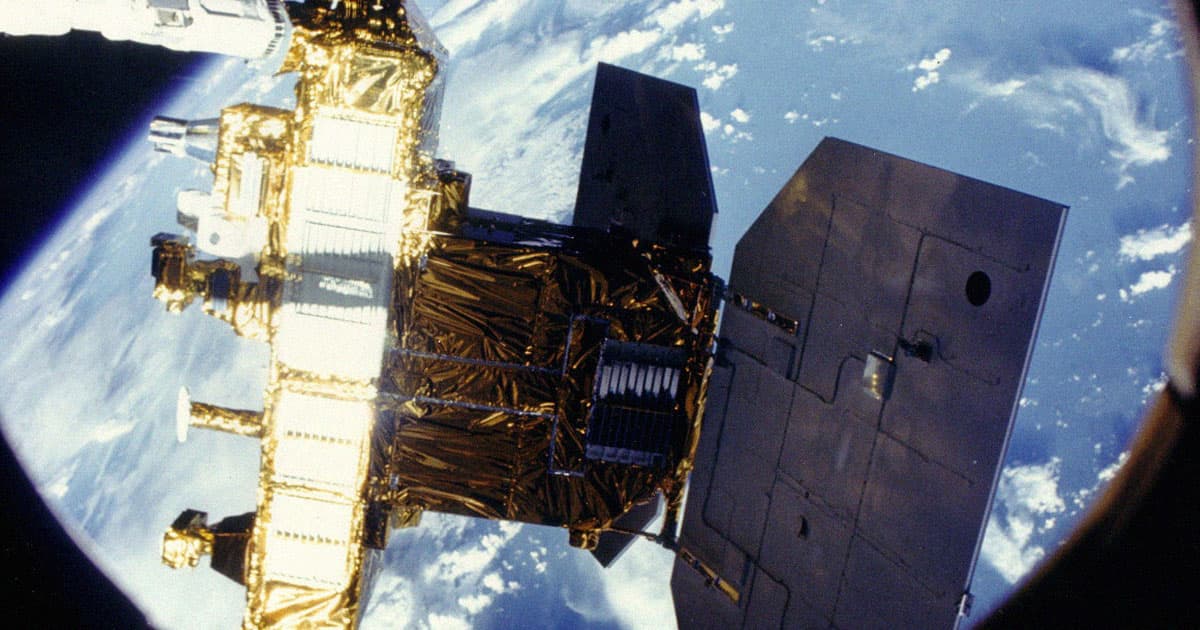 A derelict NASA satellite has plummeted back to Earth after spending almost four decades in orbit.

The space agency's Earth Radiation Budget Satellite (ERBS), originally launched aboard the space shuttle Challenger in 1984, assisted scientists in figuring out the composition of our planet's stratosphere and what role it played in absorbing the Sun's radiation.

It's the long-awaited final chapter for a spacecraft that has not only exceeded expectations, but greatly contributed to our understanding of our planet's ozone layer and how human activities have damaged it over the decades.

According to the US Department of Defense, the ERBS came down over the northern Pacific Ocean on Sunday, and was expected to mostly burn up during reentry.

Officials, however, expected some of the 5,400-pound satellite to survive the burn, with NASA estimating the chance of harming somebody back on Earth to be approximately one in 9,400.

The ERBS vastly exceeded its two-year service life, operating in Earth's orbit over two decades, helping researchers figure out how human activities have contributed to the amount of incoming and outgoing radiation from the Sun.

The satellite's successor lives on aboard the International Space Station, where aerosol measuring instrument helps collect up-to-date data on the ozone layer to this day.