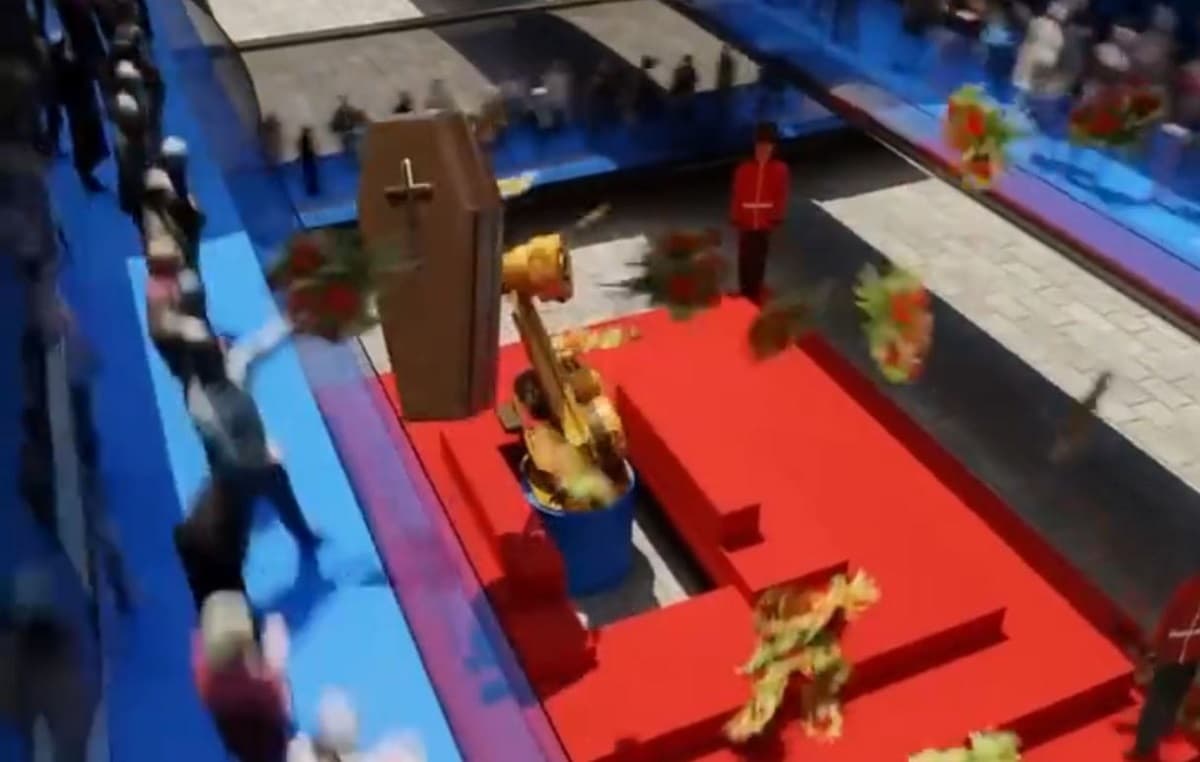 Queue For the Queen

Maybe they're onto something.

Maybe they're onto something.

There are few things as quintessentially English as queues and the Queen. Queen Elizabeth II’s death, at the ripe old age of 96, and her impending funeral, has brought those two corners of English life together outside Westminster Hall, resulting in a line over five miles long to view and pay respects to her coffin. Saying it’s become a logistical nightmare would be an understatement.

When the waiting time reached 14 hours earlier this Friday, officials had to temporarily suspend the queue for six hours. It’s now been reopened, but for the poor suckers at the back of the line, they’ve been warned it might take them a full 24 hours — or longer — before they finally reach the Queen’s coffin.

Surely there must be a way to speed up the process.

On that front, the Internet has once again delivered, with artist Richard Parry tweeting a detailed and deeply tongue-in-cheek video of a deranged solution: mounting the Queen’s coffin on a robotic arm.

I’ve come up with an interim solution to the queuing issue to see the Queen’s coffin in Westminster, let me know what you think, it’s not perfect but I don’t see anyone else coming up with anything pic.twitter.com/RIstM7kIT8

"The Queen has a lot more surface area than we're giving her credit for," says Parry in the video.

Parry proposes mounting the Queen's coffin on a Kawasaki robotic arm, suspending her midair. And to prudently to take advantage of the extra surface area the coffin's aerial position provides, Parry envisions an absurd system of a two level intersection of moving walkways housed in glass tunnels.

So while the hordes of people stream by at a predicted 80 mourners per second, the robot arm revolves the Queen's coffin midair, gracefully parading her around for all to see on both levels. That's about as efficient as it gets, folks.

It's the kind of innovative absurdity we love to see, but might have the Queen turning in her grave. Revolving, even.

More on the Queen: Nobody Is Sure What Queen Elizabeth II Died From