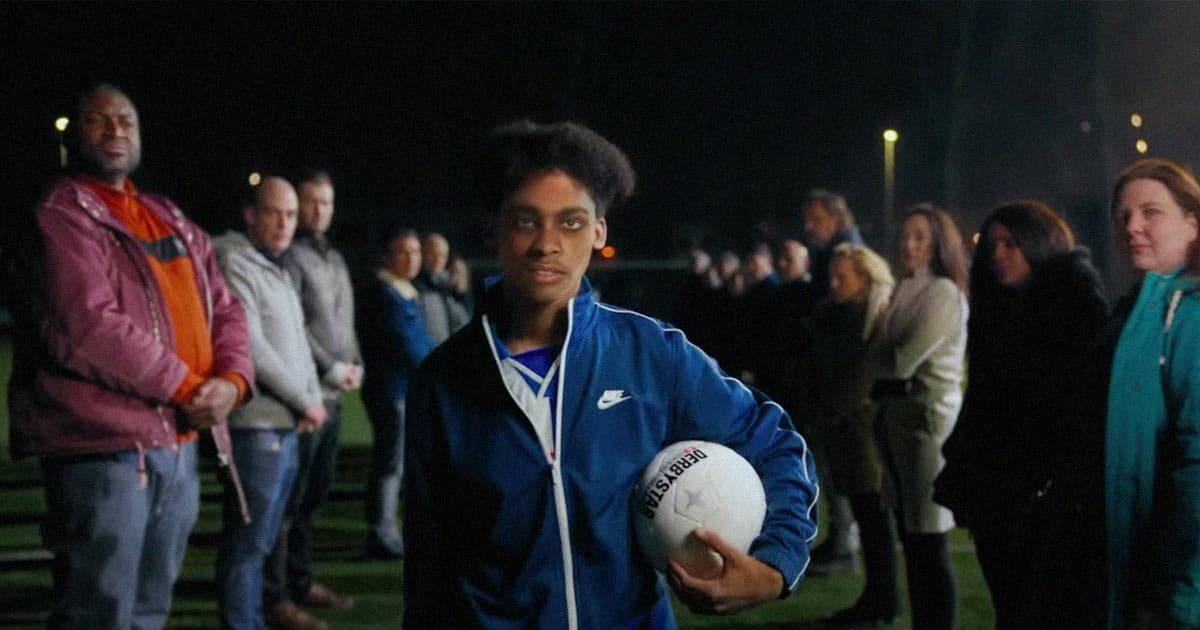 Cops Are Now Deepfaking Murder Victims To Catch Their Killers

Detectives are trying something that appears to never have been done before: deepfaking a murder victim in a last-ditch attempt to bring his killer to justice.

As Euronews reports, Dutch police are describing their use of "deepfake" technology in the cold case of Sedar Soares' 2003 murder a "world first."

The 13-year-old Soares was shot dead in a parking garage in Rotterdam nearly twenty years ago, in what appears to be a classic case of someone being in the wrong place at the wrong time, the report notes. His killers were never caught.

Now, Rotterdam police have published a video of the boy walking on a soccer pitch, surrounded by his friends and family and imploring the public to come forward with any information they may have about the unsolved homicide.

As with most deepfaked video, the movements of the reanimated boy are uncanny.

"Somebody must know who murdered my darling brother," a voiceover, presumably of or imitating one of Soares' sibling, says in translated Dutch. "That’s why he has been brought back to life for this film."

Lillian van Duijvenbode, a Rotterdam police spokesperson, told the Agence France-Press that the cops "have already received dozens of tips" after releasing the video, though she admits that as of yet, they "haven’t yet checked if these leads are usable."

Though deepfakes can, in some occasions, be good — remember when memesters were using the tech to insert Nicolas Cage into every movie? — the ethical issues clearly shine through in this case.

"The potential benefits of deepfakes... are dwarfed by their potential harms," Seattle University researchers wrote in a 2020 paper. "Ultimately, deepfakes are about deceit. The goal of the effort is to create fantasies that cannot be distinguished from reality."

If this video leads to the catching of Soares' killer, it'll be incredible — but it's nevertheless a creepy thing for police to do, and falls into an ethical grey area.

More on deepfakes: Scientists Warn That New AI-Generated Faces Are Seen As More Trustworthy Than Real Ones

My Picasso
OpenAI Says It's Fine to Sell Images Made With DALL-E 2
Jul 21
Read More
Craiyon Dreams
The Creator of That Viral Image Generating AI Loves All Your Weird Creations
Jun 30
Read More
What's Happening?
Google Insider Says Company's AI Could "Escape Control" and "Do Bad Things"
Jun 24
Read More
+Social+Newsletter
TopicsAbout UsContact Us
Copyright ©, Camden Media Inc All Rights Reserved. See our User Agreement, Privacy Policy and Data Use Policy. The material on this site may not be reproduced, distributed, transmitted, cached or otherwise used, except with prior written permission of Futurism. Fonts by Typekit and Monotype.