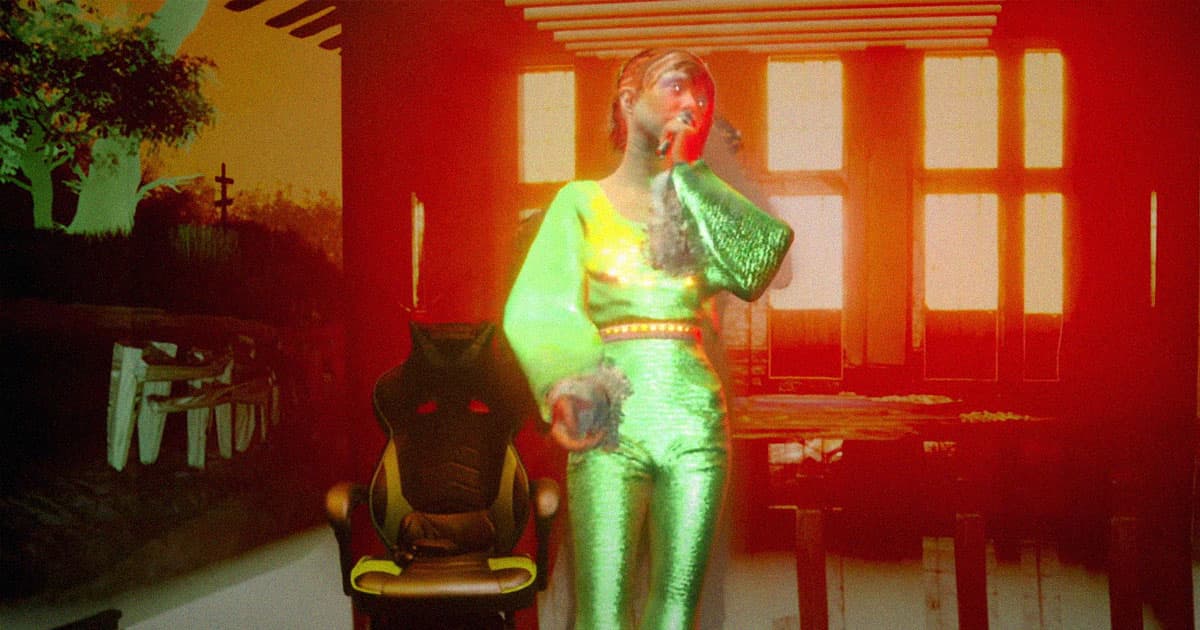 Sorry, but not even Dolly Parton is sacred amid the encroachment of AI into art.

Holly Herndon, an avant garde pop musician, has released a cover of Dolly Parton's beloved and frequently covered hit single, "Jolene." Except it's not really Herndon singing, but her digital deepfake twin known as Holly+.

The music video features a 3D avatar of Holly+ frolicking in what looks like a decaying digital world.

And honestly, it's not bad — dare we say, almost kind of good? Herndon's rendition croons with a big, round sound, soaked in reverb and backed by a bouncy, acoustic riff and a chorus of plaintive wailing. And she has a nice voice. Or, well, Holly+ does. Maybe predictably indie-folk, but it's certainly an effective demonstration of AI with a hint of creative flair, or at least effective curation.

But the performance is also a little unsettling. For one, the giant inhales between verses are too long to be real and are almost cajolingly dramatic. The vocals themselves are strangely even and, despite the somber tone affected by the AI, lack Parton's iconic vulnerability.

Overall, it feels like the AI is simply checking the boxes of what makes a good, swooning cover after listening to Jeff Buckley's "Hallelujah" a million times — which, to be fair, is a pretty good starting point.

Still, it'd be remiss to downplay what Herndon has managed to pull off here, and the criticisms mostly reflect the AI's limited capabilities more than her chops as a musician. The AI's seams are likely intentional, if her previous work is anything to go off of.

Either way, if you didn't know you were listening to an AI from the get-go, you'd probably be fooled. And that alone is striking.

Despite AI's usually ominous implications for art, Herndon views her experiment as a "way for artists to take control of their digital selves," according to a statement on her website.

"Vocal deepfakes are here to stay," Herndon was quoted saying. "A balance needs to be found between protecting artists, and encouraging people to experiment with a new and exciting technology."

Whether Herndon's views are fatalistic or prudently pragmatic remains to be seen. But even if her intentions are meant to be good for artists, it's still worrying that an AI could pull off such a convincing performance.