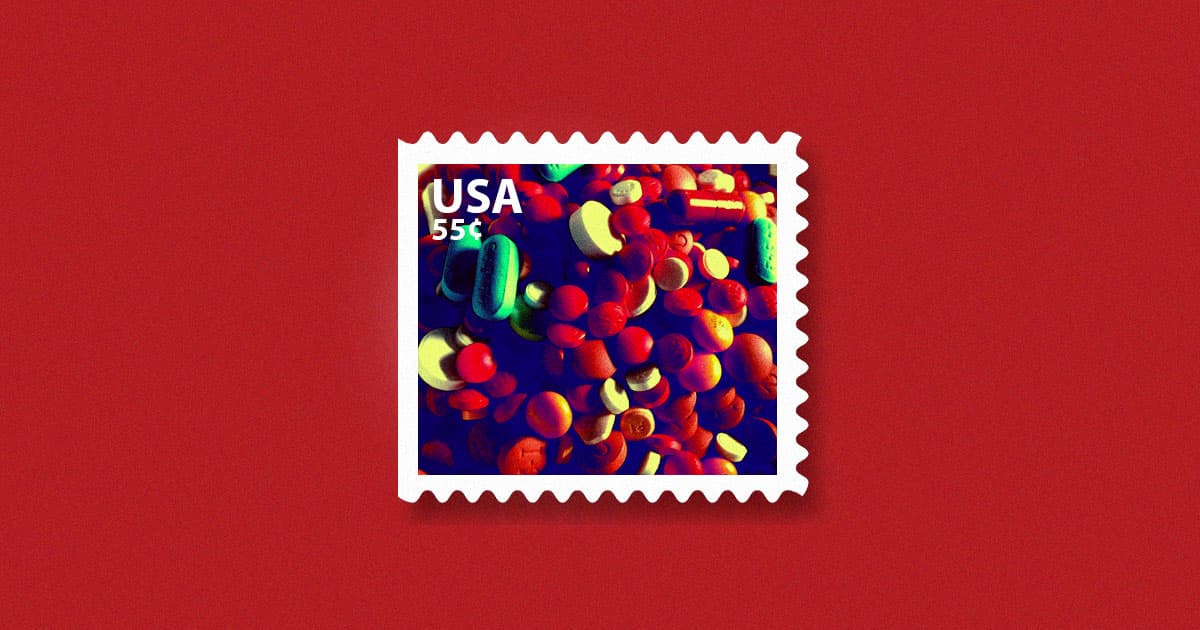 They really should've just taken a trip to the post office.

They really should've just taken a trip to the post office.

Starting as early as 2017, two men in Southern California used the dark web to sell more than $8.8 million worth of methamphetamine they marketed as Adderall. The operation appeared to be chugging along quite nicely until the dark web drug dealers made a fatal mistake.

According to court filings reviewed by Quartz, the men mailed drugs to undercover federal agents using pre-printed postage purchased online — and the feds were able to track that postage back to one of the drug dealers through his Stamps.com account, eventually leading to his and his partner's arrests.

The dark web is a lot like the internet you likely use regularly, except it exists on an encrypted network you can't reach using a standard internet browser — you need to download special software, like the Tor browser, to access dark web sites.

Because the network is encrypted, dark web users enjoy an extra layer of anonymity, which has made the dark web attractive to criminals, who use it to sell everything from weapons to drugs.

International law enforcement officials have been cracking down on dark web marketplaces recently, and the one favored by the two meth dealers — Dream Market — shut down in April.

That closure occurred just weeks after officials arrested 61 people for conducting illegal activity on the dark web — but the dark web drug dealers in SoCal might have been the only ones caught because they decided against a trip to the post office.

More on the dark web: People Are Selling Weapons on the Dark Web

Brands We Love
If You're Still Buying Random CBD at the Convenience Store, You Need to Stop
9. 8. 19
Read More
Cheap Drug Breathalyzers Are On The Way, If We Can Figure Out How To Use Them
5. 9. 18
Read More
One Hacker Just Took Down a Fifth of the Dark Web
2. 6. 17
Read More
+Social+Newsletter
TopicsAbout UsContact Us
Copyright ©, Camden Media Inc All Rights Reserved. See our User Agreement, Privacy Policy and Data Use Policy. The material on this site may not be reproduced, distributed, transmitted, cached or otherwise used, except with prior written permission of Futurism. Fonts by Typekit and Monotype.