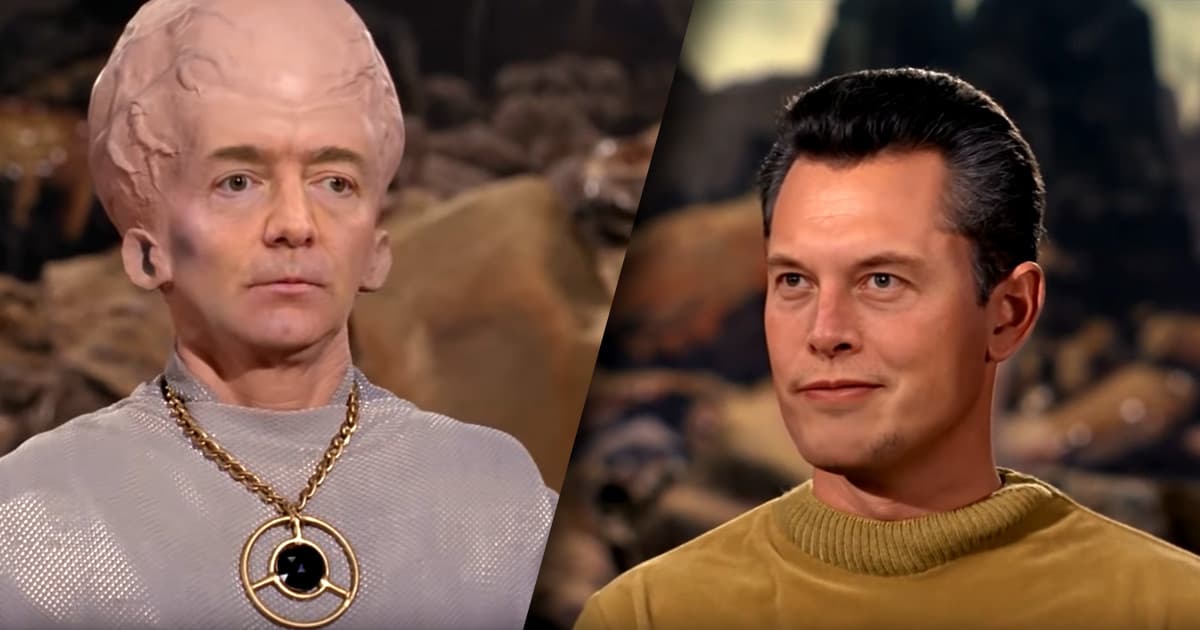 Did we mention that Elon Musk is deepfaked in, too — albeit as a less grotesque character?

Did we mention that Elon Musk is deepfaked in, too — albeit as a less grotesque character?

Warning: The clip may haunt you — especially Bezos' veiny head as a fictional Talosian alien.

The clip is another example of a fun deepfake — but experts have long fretted over the potential for misusing the tech, which uses a neural network to insert one person's likeness into a video of another person.

The other primary concern about deepfakes is that they could be used to spread disinformation, by making it seem as though a public figure said something they'd never actually said — though, for the most part, that second concern has remained theoretical.