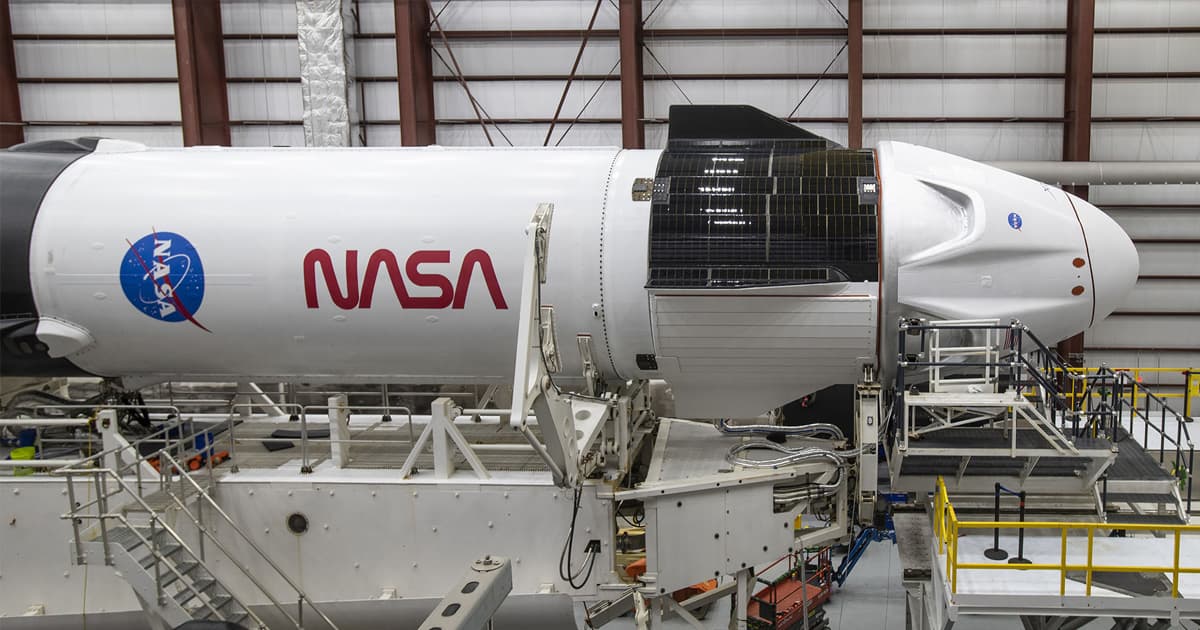 We're not crying, you're crying!

We're not crying, you're crying!

Ahead of SpaceX's historic Crew-1 launch, onlookers at the John F. Kennedy Space Center are getting an amazing view: a Falcon 9 rocket, topped with the space company's Crew Dragon spacecraft, gleaming in the evening sunlight.

If all goes well, four astronauts are about to make history aboard the craft. The mission marks the first time an operational crew mission will launch from American soil since the retirement of the Space Shuttle program in 2011.

Launch is set for Saturday evening, around 7:49 pm Eastern time, from historic launch complex 39A.

SpaceX already test fired the rocket on Wednesday, a routine operation, ahead of the launch.

The launch has been delayed several times due to hardware issues. Out of an abundance of caution, SpaceX replaced one of the booster's Merlin 1D engines due to leftover lacquer obstructing one of the rocket's relief valves.

If past launches are any indication, Saturday will likely go off without a hitch. In May, SpaceX successfully sent a Crew Dragon spacecraft to the space station in May as part of its Demo-2 mission with two NASA astronauts on board.