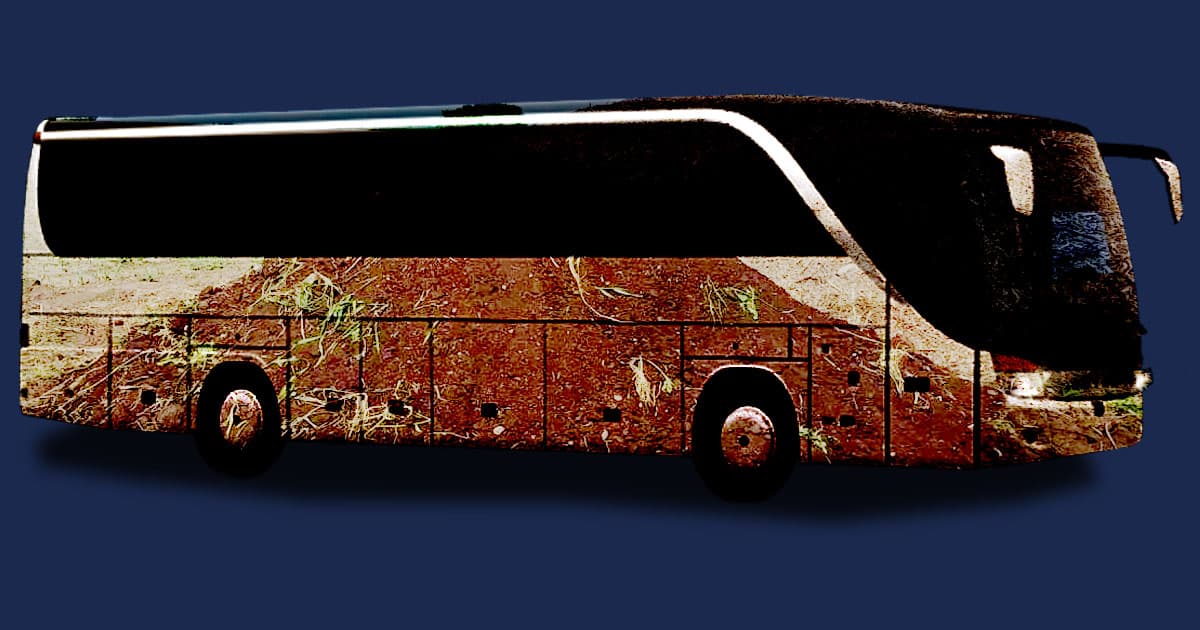 The project could cut emissions while also saving fresh water.

The project could cut emissions while also saving fresh water.

A new transportation option is about to hit roads in Pakistan: buses powered by cow manure.

According to a Reuters report published on Wednesday, the city of Karachi will launch a transportation network called the Green Bus Rapid Transit (BRT) next year, with all 200 zero-emissions vehicles in the fleet powered by bio-methane produced from water buffalo excrement.

If successful, the project could help the port city solve its transportation woes — and serve as a blueprint for other cities to roll out biopower transportation fleets.

According to the project website, Karachi's new BRT network will cost a total of $583.5 million, with the United Nations Green Climate Fund, a local Pakistani province, and the Asian Development Bank funding the project.

The network will span a corridor 30 kilometers (18.6 miles) long, providing 1.5 million residents with a clean transportation option. Considering the dearth of alternatives in the city, it's not entirely surprising that officials estimate 320,000 passengers will take advantage of the network each day.

Karachi has 400,000 milk-producing water buffaloes, the manure of which officials will collect and transport to biogas plants for conversion into fuel to power the buses. Over the next 30 years, this will allow the city to avoid pumping an estimated 2.6 million tonnes of carbon dioxide equivalent into the air.

The conversion of cow manure into fuel will also help the city save fresh water — currently, Pakistan uses 50,000 gallons of fresh water to wash 3,200 tonnes of manure into the bay every day, according to the Reuters report.

If all goes well, the project could inspire other cities to follow suit, Ali Tauqeer Sheikh, CEO of the policy think tank Leadership for Environment and Development Pakistan, told Reuters — meaning the impact of this one poo project could be far-flung.