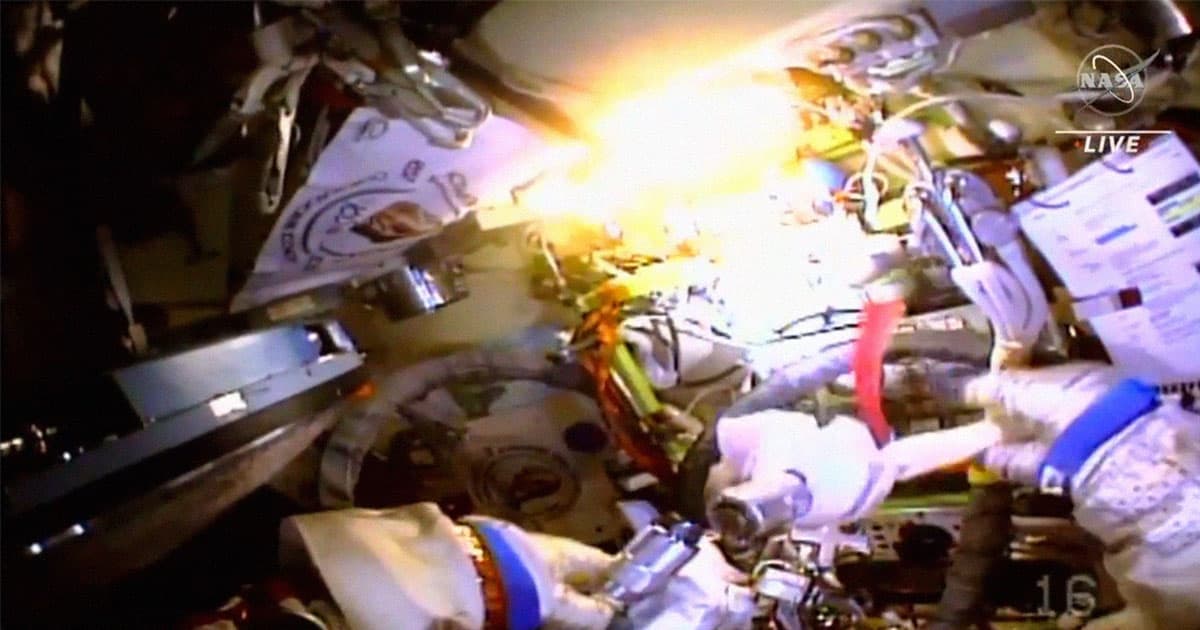 Cosmonaut Told to "Drop Everything" and Return to Airlock

This is terrifying to watch.

This is terrifying to watch.

During a spacewalk outside the International Space Station, cosmonaut Oleg Artemyev was abruptly instructed by mission control to "drop everything and start going back right away" two and a half hours into a planned six and a half hour space walk.

The culprit, according to NASA Houston control commentary, was a "slight fluctuation in the battery power of his suit."

"Oleg, you must return to the airlock as soon as possible because if you lose power, it is not only the pumps and the fan, you will lose comm," the mission's flight controller could be heard saying. "You have to go back."

Fortunately for Artemyev, who has spent over 41 hours across six previous space walks, he was able to safely return to the Russian segment's Poisk airlock and was "never in any danger," according to NASA mission control.

The cosmonaut was able to hook up to space station power and had to await further instructions — a potentially hairy situation that played out like a horror movie, as both cosmonauts were operating in the pitch black of outer space, with only their space suit lights illuminating the scene in eerie video.

Artemyev is back inside Poisk - on Station power - and sounds fine. Matveev is still outside, and waiting for controllers to work on the forward plan. They got to 2.5 hours into the EVA. pic.twitter.com/JN3Al0UQbE

Before the incident, the two cosmonauts had been installing a pair of cameras on the space station's European Robotic Arm.

"Artemyev's suit is not showing normal power levels; it's clear there's no emergency, but not yet clear if today's spacewalk will continue; standing by for updates," CBS space reporter William Harwood tweeted.

The story is still developing, so stay tuned.