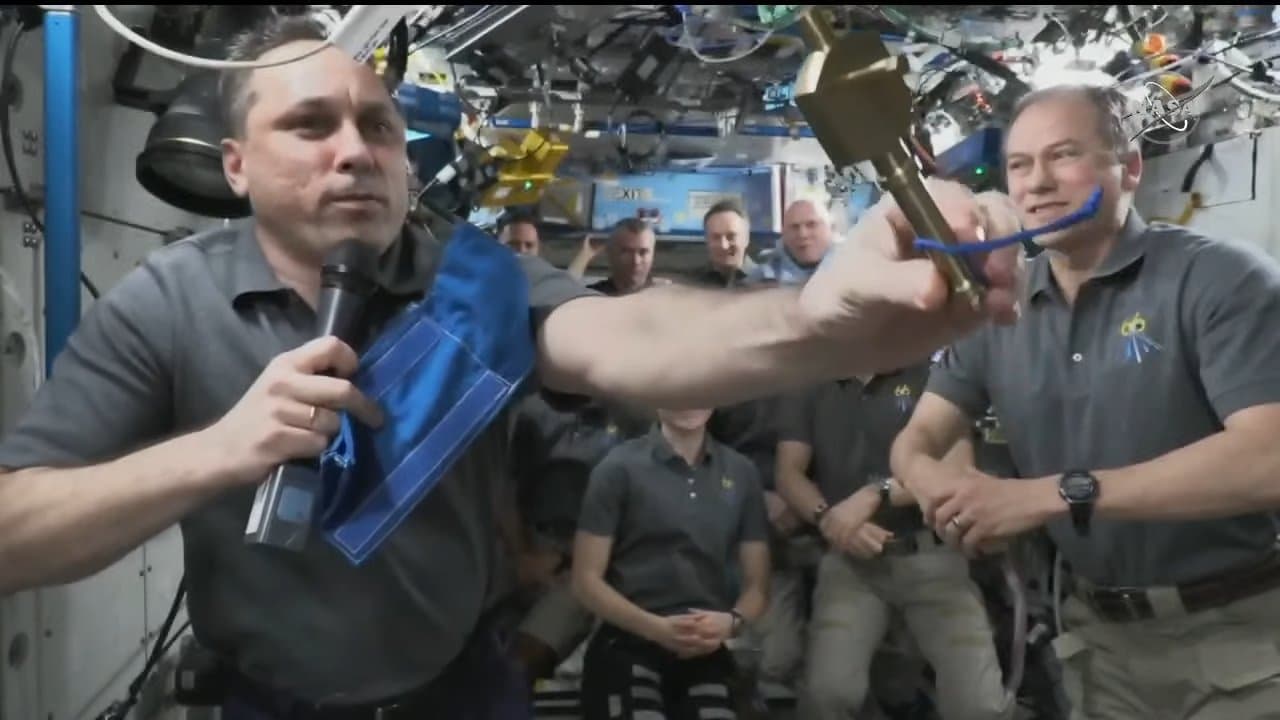 As above, so below?

As above, so below?

While international conflict rages on the Earth below them, the Russians and Americans working together aboard the International Space Station (ISS) have signaled that in space, at least, there's still peace.

This morning, Roscosmos cosmonaut Anton Shkaplerov formally handed command of the orbital lab over to NASA astronaut Thomas Marshburn  in what CBS space news reporter William Harwood described as "a sign of ongoing cooperation in space amid strained relations on Earth."

During the change-of-command ceremony, Shkaplerov did mention the Earthbound tensions caused by his country's invasion of Ukraine, according to Ars Technica's Eric Berger, but only briefly.

"The interactions seemed 100 percent genuine and friendly," Berger wrote. "Shkaplerov only briefly referenced Earth-bound tensions, but said on orbit they were 'space brothers and space sisters.' It gives me some hope for the future."

As significant as it seems in this geopolitical moment, this poignant moment of international solidarity is far from unprecedented.

In 1975, back when Russia was still part of the Soviet Union and the ISS was still a glimmer of hope in the eyes of our respective governments, a historic handshake between cosmonaut Aleksay Leonov and astronaut Tom Stafford during a joint American-USSR docking mission heralded the beginning of cooperation between the two countries, which were then locked into the heat of the Cold War.

The odds-defying partnership has been tested in recent weeks, but has so far remained intact. Amid concerns that the Russian invasion of Ukraine may finally be what ends this cooperation that's gone on for more than four decades, there's hope yet that maybe the international team aboard the ISS may continue to be beacons of hope for the rest of us on Earth.

More on the Ukraine invasion's impact on the ISS: The ISS: Possibly the 'Last Formal Diplomatic Link' Of US and Russia