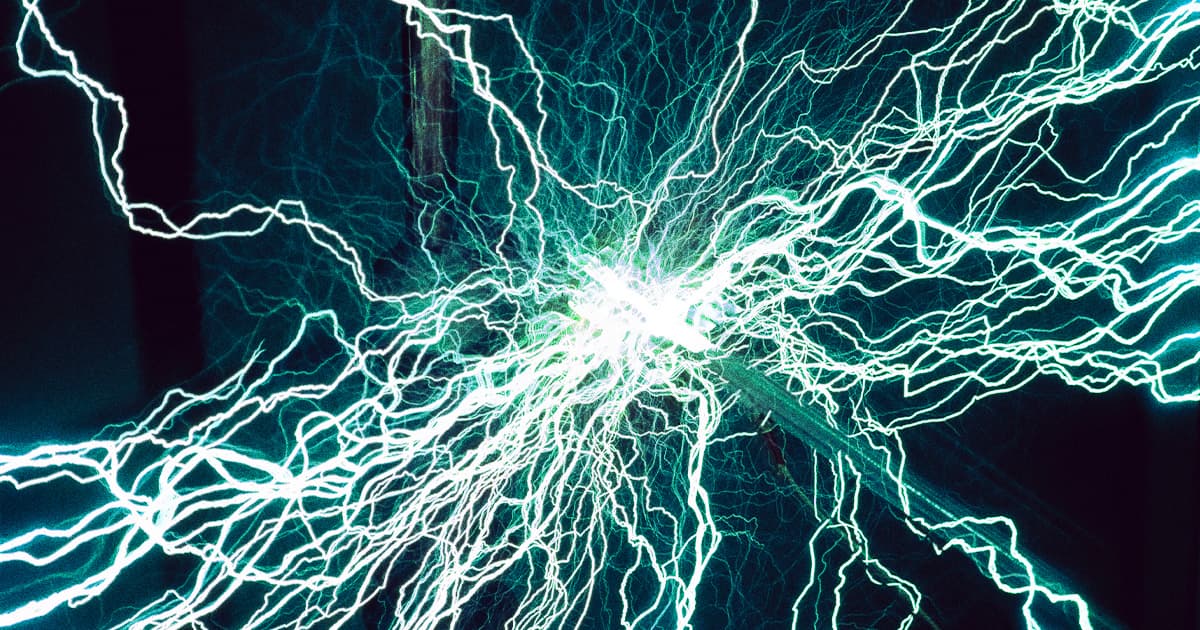 "It's like drilling a hole through the air with the laser."

"It's like drilling a hole through the air with the laser."

Scientists playing God — or in this case, Zeus — have managed to divert lightning for the first time using lasers, opening up new possibilities of protecting buildings and people from nature's destructive electric strikes.

Lightning rods have already been in use for centuries and are pretty effective overall — but they have one big drawback as well.

"Metal rods are used almost everywhere to protect from lightning, but the area they can protect is limited to a few meters or tens of meters," Aurélien Houard, a physicist at École Polytechnique in Paris who led the experiment, told The Guardian.

A laser, however, could provide much better coverage.

As detailed in their report published this week in the journal Nature Photonics, Houard and his team shot pulses out of a specialized, high power laser at thunderclouds from atop a point on the Santis mountain in Switzerland at roughly 1,000 times per second.

It was the perfect place to test out their laser — a nearby tower with a massive lightning rod regularly gets struck around one hundred times per year.

By rapidly heating the air, those laser pulses created conductive channels that served as an easier and therefore more likely path for lightning to travel down.

"It's like drilling a hole through the air with the laser," Houard explained to Nature.

In total, the researchers were able to redirect four lightning bolts, one of which they were able to clearly capture on camera (the video, unfortunately, is not available to the public).

To be clear, the researchers have only tested directing the lightning onto the nearby tower's lightning rod — further testing would be needed to demonstrate redirecting lightning onto a distant one.

Still, that doesn't make the results any less remarkable.

"The achievement is impressive given that the scientific community has been working hard along this objective for more than 20 years," opined laser physicist Stelios Tzorkzakis from the University of Crete, who was not involved in the study, in a statement to Nature.

"Using lasers instead of a lightning rod, or using lasers to trigger or steer lightning, is a fascinating idea," physicist Joseph Dwyer from the University of New Hampshire, who also was not involved in the research, told the Washington Post. "It seems like a no-brainer but it turns out to be really hard to do."

As for its usefulness, Houard doesn't think the technology can be effectively deployed anytime soon, but believes that it'll eventually be invaluable for protecting critical infrastructure like airports.

More on the weather: Please Take a Moment and Enjoy This Beautifully Peaceful Cloud Formation