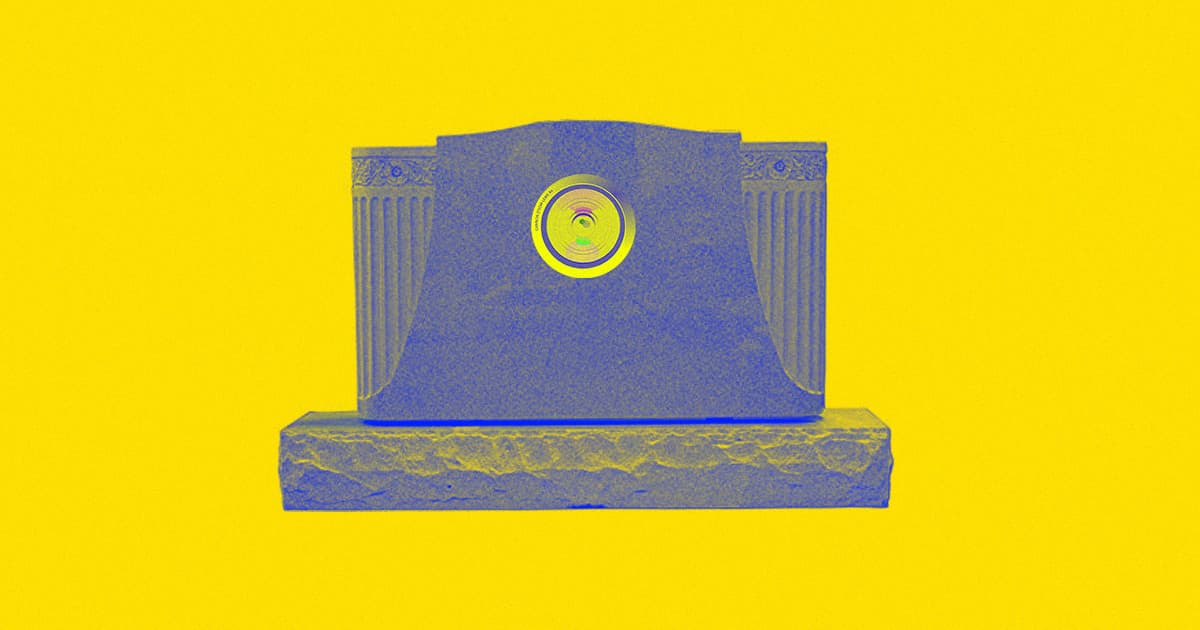 This Company Sells Cops a Spy Camera Hidden Inside a Tombstone

And it really doesn’t want you to know about the tech.

And it really doesn’t want you to know about the tech.

Through a public records request, activist group Open the Government obtained a copy of a brochure created by Special Services Group, a surveillance vendor that creates tece FBI.

The brochure contains a truly bizarre collection of spy tech — including a camera hidden in a tombstone.

According to the brochure, the "Tombstone Cam" can capture audio and has a battery that lasts two days. And as if that isn't strange enough, the company also offers cameras hidden in vacuum cleaners, alarm clocks, and even baby car seats.

"Certainly the idea of a 'Tombstone Camera' seems pretty far out there," Open the Government policy analyst Freddy Martinez told Motherboard. "I don’t think I’ve seen a baby seat as a covert camera before either."

When Motherboard reached out to Special Services Group for comment, the company's lawyer sent a letter threatening legal action against the publication if it reported on the brochure.

The letter also suggested that such a report could endanger the lives of law enforcement — and that their hypothetical blood would be on Motherboard's hands.

"[T]he responsibility for any resulting harm should you go ahead and assist in the dissemination of this information to a wider public audience, while we may never know exactly where or how it damages innocent people, will fall squarely on your shoulders," the lawyer wrote.