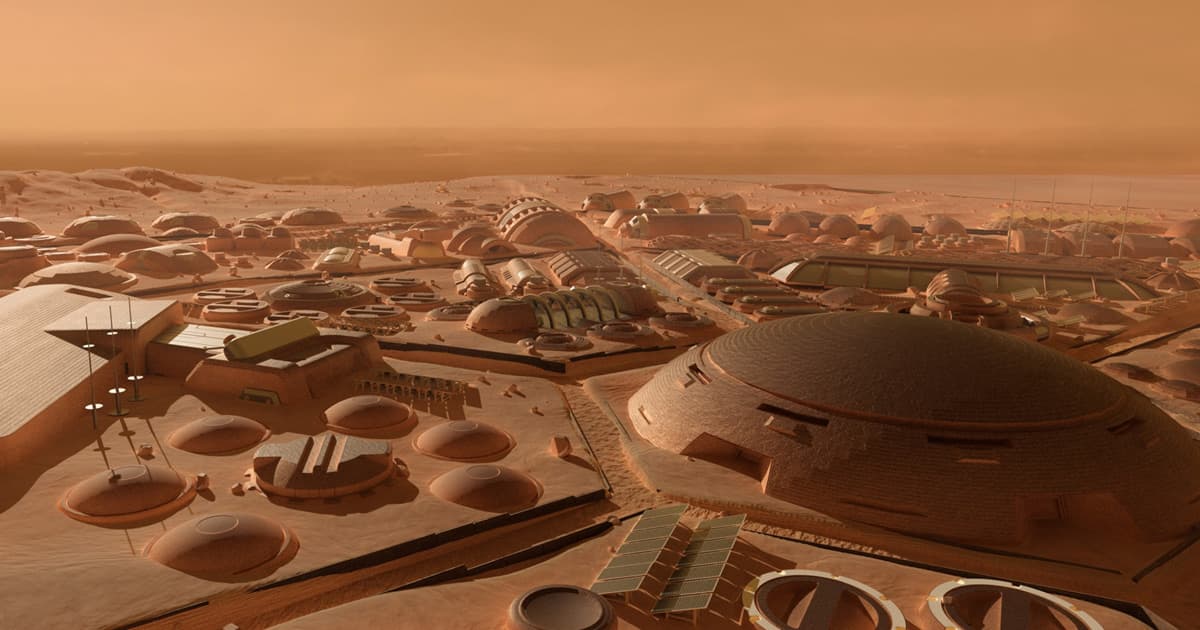 This Group is Collecting Designs For a Martian City

The Mars Society, a space advocacy group dedicated to the exploration and settlement of Mars, is holding an international contest for the best design of a Martian city state that can accommodate a million inhabitants. The winner will be awarded with $10,000.

The Society held a similar contest last year asking participants to design a Mars colony for just 1,000 people. An MIT team won with their "Star City" design, a colony split into five starting villages, each representing a continent on Earth.

The news comes after SpaceX CEO Elon Musk tweeted earlier this year that 1,000 massive Starship rockets could eventually send "maybe around 100k people per Earth-Mars orbital sync," resulting in a million-strong Martian city by the year 2050.

This Mars Society contest has guidelines to make sure the design is realistic. First and foremost, the Martian city state has to be as self-sustaining as possible without having to rely too much on imports from Earth.

That means the city state will need to "produce all the food, clothing, shelter, power, common consumer products, vehicles and machines for a population of 1,000,000," according to an official announcement, with only needing to import key components from Earth including "advanced electronics."

The Society is asking participating teams to take into consideration technologies including advanced robotics, artificial intelligence, and 3D-printing as well to make best use of resources already present on the Red Planet.