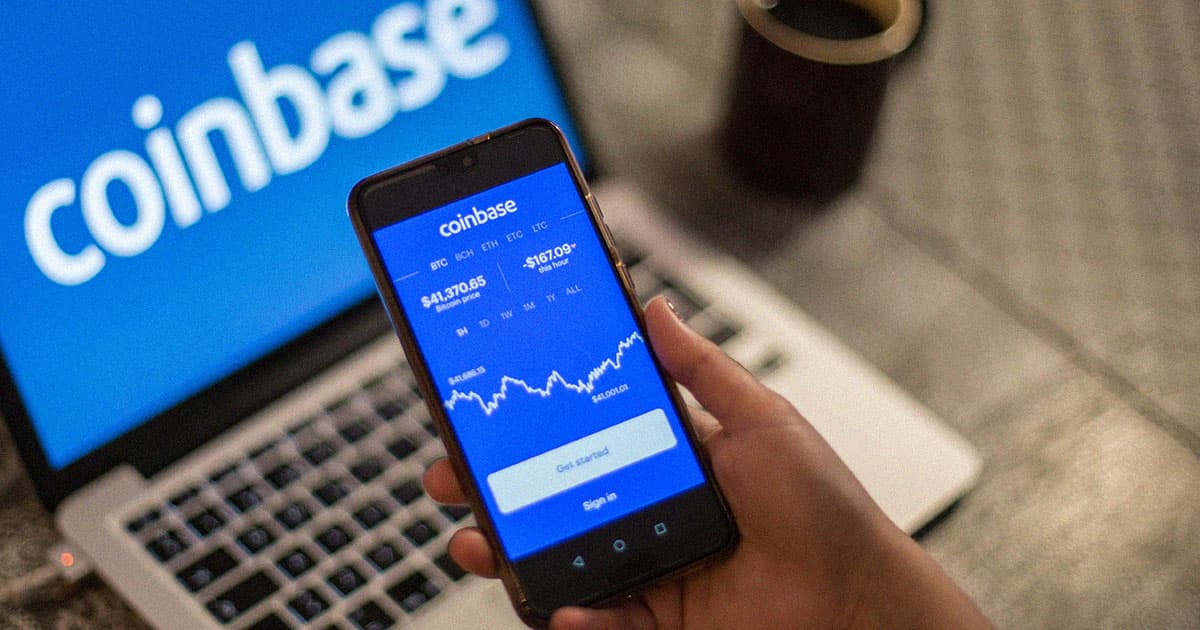 Who could have foreseen this?

Who could have foreseen this?

Cryptocurrency exchange Coinbase might have a much bigger insider trading problem than we thought.

Traders may have had access to improper info ahead of 15 to 37 listings — ten to 25 percent of the total — on the exchange since 2018, according to researchers at the University of Technology Sydney.

While it's not exactly a smoking gun, it's yet another data point suggesting that insider trading is rampant on crypto exchanges — bringing the worst sins of traditional finance, in other words, to the brave new world of blockchain.

"Our findings identify cases that are yet to be prosecuted," they wrote.

The team looked at the average price of 146 coins 300 and 100 hours before Coinbase — the largest publicly traded exchange in the world — made the announcement that they'd be listed on the platform. On average, tokens rose another two percent over the next 100 hours.

"From visual inspection, we note that there is an evident run-up pattern prior to the listing announcement starting at -250 hours," they write, implying that insiders had advanced, non-public notice of profitable investments.

The news comes weeks after a Coinbase manager was indicted by federal prosecutors for leaking info about new crypto due to be listed on the exchange to a brother and friend, getting away with more than $1 million in profit before attempting to flee the country.

The crypto exchange is also reportedly under investigation by the Securities and Exchange Commission, which is looking into whether crypto on it should've been registered as securities.

Not everybody agrees the new paper is evidence to take seriously. One expert source told Decrypt that the study "jumps to conclusions" without providing clear evidence.

Meanwhile, a Coinbase spokesperson reiterated in a statement to Decrypt that it "takes allegations of front-running incredibly seriously. We work hard to ensure all market participants have access to the same information."

Whether that kind of line of reasoning will prove to be enough to convince federal prosecutors, of course, remains to be seen.

More on Coinbase: Coinbase Reportedly Under Investigation by the SEC

Old School
FTX's New CEO Says Company Did "Old Fashioned Embezzlement"
12. 14. 22
Read More
Tulip Fever
Dutch Startup Mining Bitcoin to Grow Tulips, and We Can't Tell If They're Joking
12. 12. 22
Read More
Moving Money
Crypto.com Accidentally Sent $400 Million to a Competitor
11. 14. 22
Read More
+Social+Newsletter
TopicsAbout UsContact Us
Copyright ©, Camden Media Inc All Rights Reserved. See our User Agreement, Privacy Policy and Data Use Policy. The material on this site may not be reproduced, distributed, transmitted, cached or otherwise used, except with prior written permission of Futurism. Articles may contain affiliate links which enable us to share in the revenue of any purchases made.
Fonts by Typekit and Monotype.