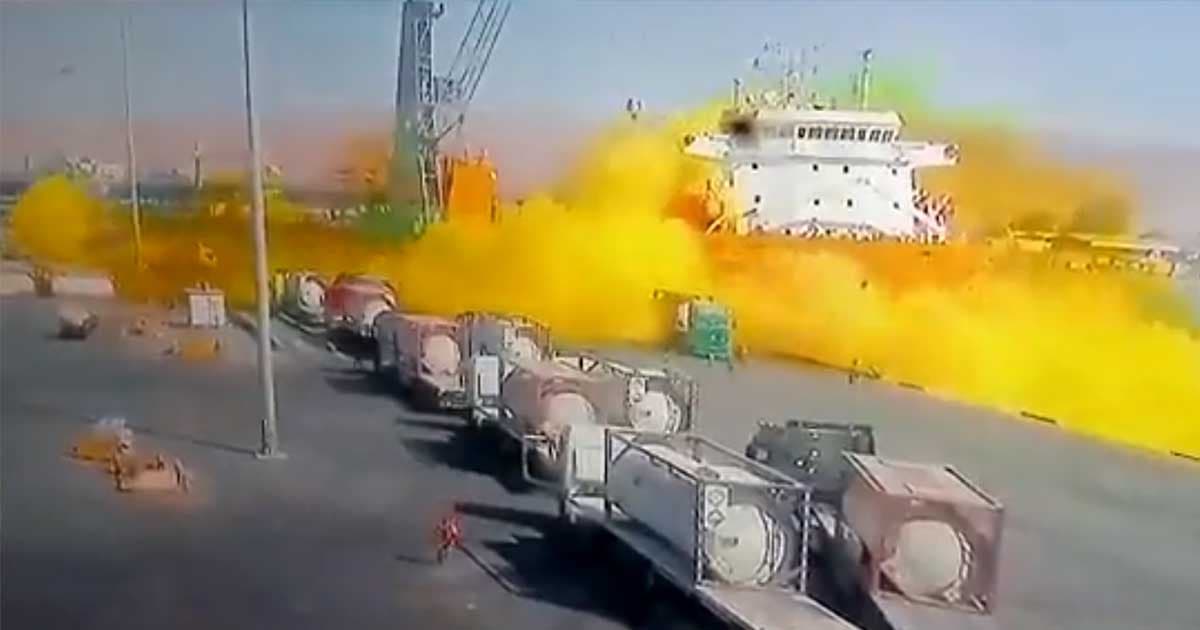 A massive cloud of yellow gas took the lives of at least 13 people after a crane accidentally dropped a chlorine gas tank onto a ship at a south Jordanian port on Monday.

Chlorine is used in a number of different ways, from swimming pools to sanitizing household water. But in high concentrations, as seen in the video, the gas can be deadly, causing fluids to build up in the lungs.

In fact, German troops released chlorine as chemical warfare along the western front during World War I against the French.

Alongside the 13 casualties, around 200 people were hospitalized after breathing in some of the toxic gas. Fortunately, according to authorities, the effects of the spill appear to be limited to the immediate area.

Residents of the city of Aqaba, which is ten miles away from the port, were advised to stay at home with the windows and doors closed, The Washington Post reports.

Prime minister Bisher al-Khasawneh visited a nearby hospital, guaranteeing "all resources to ensure the total security of workers at the ports and all necessary precautions in relation to hazardous materials," as quoted by the BBC.

More on toxic gases: NASA Plotting Journey Through the Hellish Atmosphere of Venus