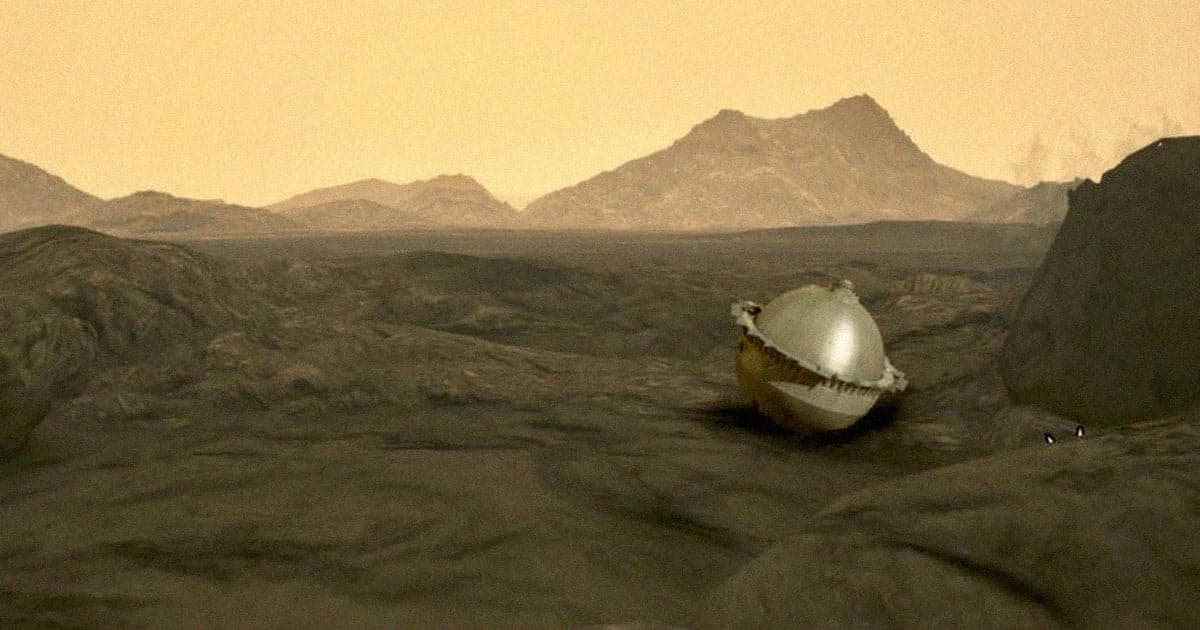 NASA Plotting Journey Through the Hellish Atmosphere of Venus

Ever thought you might want to take a day trip to the second rock from the Sun?

Well, you don’t. Seriously. Venus is a toxic hellscape.

But it may have once been a life-supporting system, and a NASA paper published in The Planetary Science Journal reveals new details about an upcoming mission looking to shed light on how Earth's unwelcoming "twin" came to be. Ominously, it could even reveal how our sister planet came to die.

Slated to launch in 2029, the mission — titled the Deep Atmosphere Venus Investigation of Noble gases, Chemistry, and Imaging, or DAVINCI for short — is immensely ambitious.

If all goes to plan, DAVINCI will not only involve the first US space flight to Venus since Magellan's death in 1994, but will also be the first US probe to retrieve groundbreaking chemical data from the notoriously unwelcoming planet's ultra-thick atmosphere and nearly 900 degree Fahrenheit surface.

The international space community has felt a renewed interest in the not-so-heavenly body over the past few years, and NASA believes that a comprehensive workup of Venus' present day chemical composition can help us understand our noxious neighbor's past — if the planet was indeed inhabitable in the distant past, it would have taken a drastic event to trigger its demise.

Described by NASA spokesperson Nancy Neal Jones as a "flying analytical chemistry laboratory," the DAVINCI craft will perform a few fly-bys before sending a heat-shielded probe, equipped with five exploratory instruments, down to the planet's ultra-hot surface.

NASA is hopeful that DAVINCI's findings will help researchers determine whether Venus ever sustained liquid water. The researchers also point out that the planet's uneven topography is suggestive of plate tectonics, which DAVINCI could provide evidence for as well.

"This ensemble of chemistry, environmental, and descent imaging data will paint a picture of the layered Venus atmosphere and how it interacts with the surface in the mountains of Alpha Regio, which is twice the size of Texas," said Jim Garvin, DAVINCI principal investigator, to CNN.

It won't be easy. Beyond the heat and the poison, the DAVINCI instruments will also face crushing surface air pressure. Scientists expect that the gadgets will only last about 17-18 minutes before meeting their doom.

Crumbling under pressure? Relatable! But despite a short-lived surface life, scientists are hoping DAVINCI will peel back the curtain on Venus' puzzling history — and in the process, fill in some questions about our Pale Blue Dot's place in the cosmos.

More on exploratory space missions: NASA Says It's a Priority to Investigate Strange Domes on the Moon