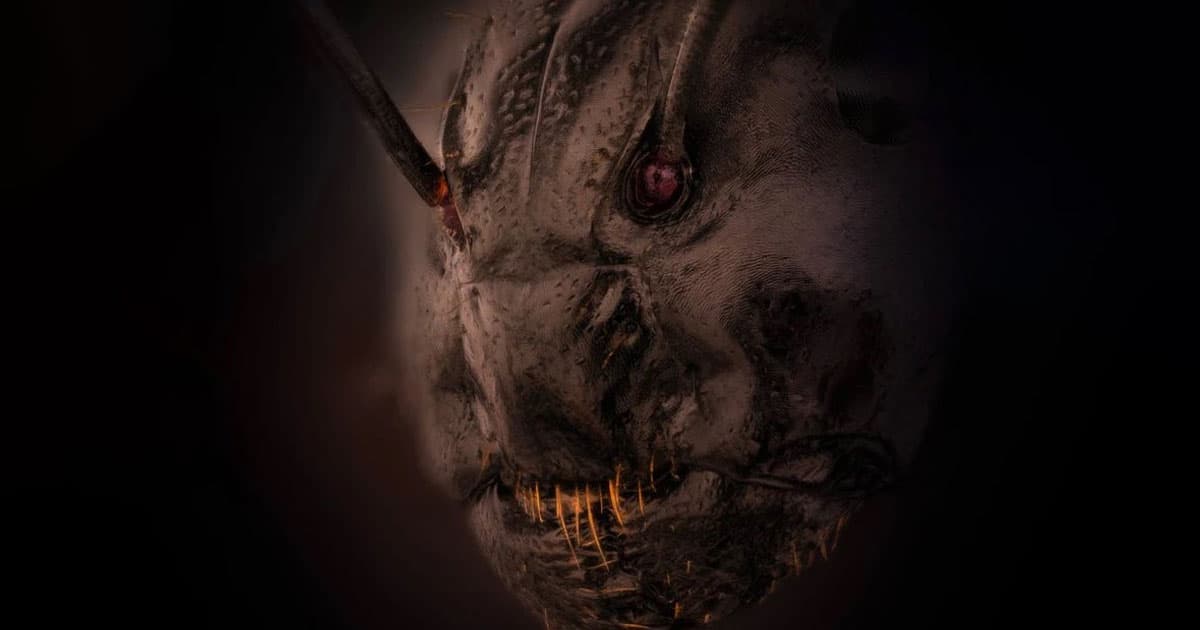 This Extreme Closeup of an Ant Is Giving Us Actual Nightmares

Ants aren't just going to ruin your picnics — they're coming after your dreams now, too, thanks to a terrifying new close-up photo.

The photo was originally submitted to Nikon's Small World Photomicrography Competition and has since gone viral on social media after placing in the contest.

Taken by wildlife photographer Eugenijus Kavaliauskas, the unnerving closeup is a convincing reminder that it's probably a good thing we don't see nature at the microscopic level.

Just look at the ant's menacing leer, glowering like some demonic harbinger of doom, emerging from a hellish portal.

Image from a horror movie? Nope. That’s the very real face of an ant.
An ant.
Now you have to think about that all night. pic.twitter.com/HOWLTlnfJ1

To clarify, the ant's red eyes aren't actually its eyes, but the bases of its antennae. Its real eyes are further back, shrouded by the image's vignetting — but don't let that spoil the fun.

Besides looking absolutely terrifying, it's some remarkable photomicrography, which is the art of taking extreme digital close ups like this one by using a microscope. To capture the ant's baleful demeanor, Kavaliauskas used a 5x objective lens.

While impressive, the photo sadly didn't breach the competition's top twenty, but it did earn the appellation of "Image of Distinction."

To see other mesmerizing but decidedly less sinister snapshots of the microscopic realm, we recommend visiting the 2022 competition's lineup of photos here.