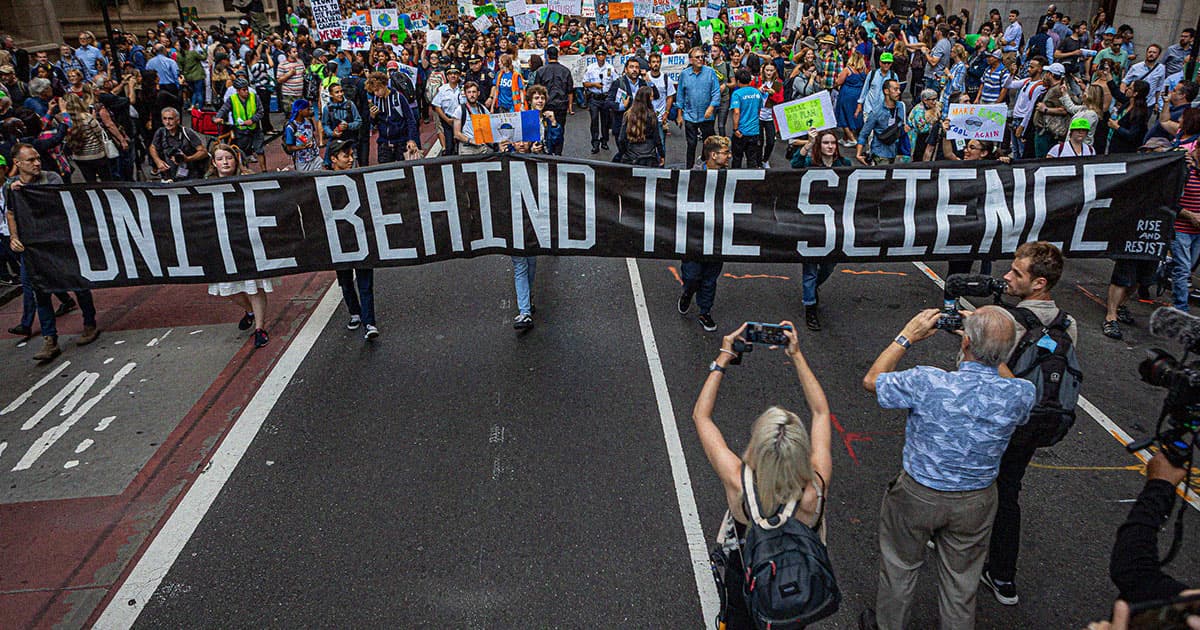 Scientists Plotting Mass Walkout to Protest Everyone Destroying the World

No one’s listening to them — so they want to make a huge scene.

No one’s listening to them — so they want to make a huge scene.

Stop us if you’ve heard this one before: Scientists say that climate change is destroying the world, and we need to do something about it.

If you’re sick of hearing about the destruction humans have caused on the Earth, imagine how tired researchers are of telling everyone about it. That’s why a group of climate scientists are considering alternative options for sounding the alarm — including a mass walkout.

"We’ve had 26 Conference of the Parties meetings, for heaven’s sake," Bruce C. Glavovic, a researcher at the University of New Zealand, told The New York Times in reference to the United Nations’ global warming summits. "I mean, seriously, what difference is that going to make?"

That’s why Glavovic and two colleagues published a paper in the journal Climate and Development last year calling on climate scientists to halt their research until the world’s nations take serious action against climate change. They say a strike might help the world renegotiate "the broken science-society contract."

The call was met with plenty of backlash from the scientific community, with one UN climate scientist dubbing it a "supernova of stupid."

However, there’s no doubt that despite the mountain of scientific evidence, climate summits, and environmental reports, world leaders still seem hesitant to enact the radical policy change needed to stop climate disaster.

At some point, scientists may well need to reassess their messaging tactics — and that might mean getting radical.

READ MORE: These Climate Scientists Are Fed Up and Ready to Go on Strike [The New York Times]