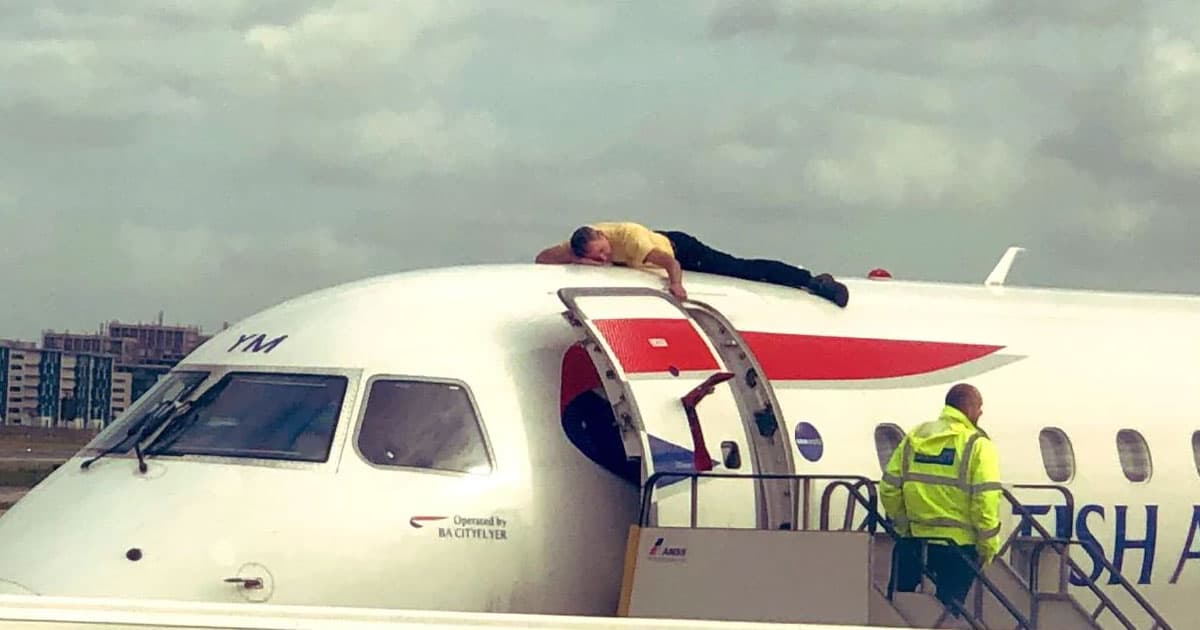 In an unusual stunt, former Paralympian James Brown reportedly smuggled a tube of glue through London's City Airport and then clambered onto the roof of a British Airways plane and stuck himself there using the glue. Video footage of the incident spread online like wildfire.

The visually impaired athlete can be seen clinging to the top of the aircraft that was originally bound for Amsterdam. A crowd of airline officials and firefighters later got him down safely.

“Here I am on top of a f****ing aeroplane at City Airport. I hate heights, I’m s***ing myself, I managed to get on the roof," Taylor can be heard saying in a video uploaded to Facebook. "I am so shaky."

In the video, he asks why the UK government sanctions the expansion of airports around the country, while at the same time declaring that there is a climate emergency.

Over 1,00 Extinction Rebellion arrests have been made this week alone, including 50 who were detained at the airport on Thursday, according to The Guardian.

The socio-political grassroots movement aims to use civil disobedience — and zero violence — to protest the breakdown of our climate, ecological collapse, and the loss of biodiversity.