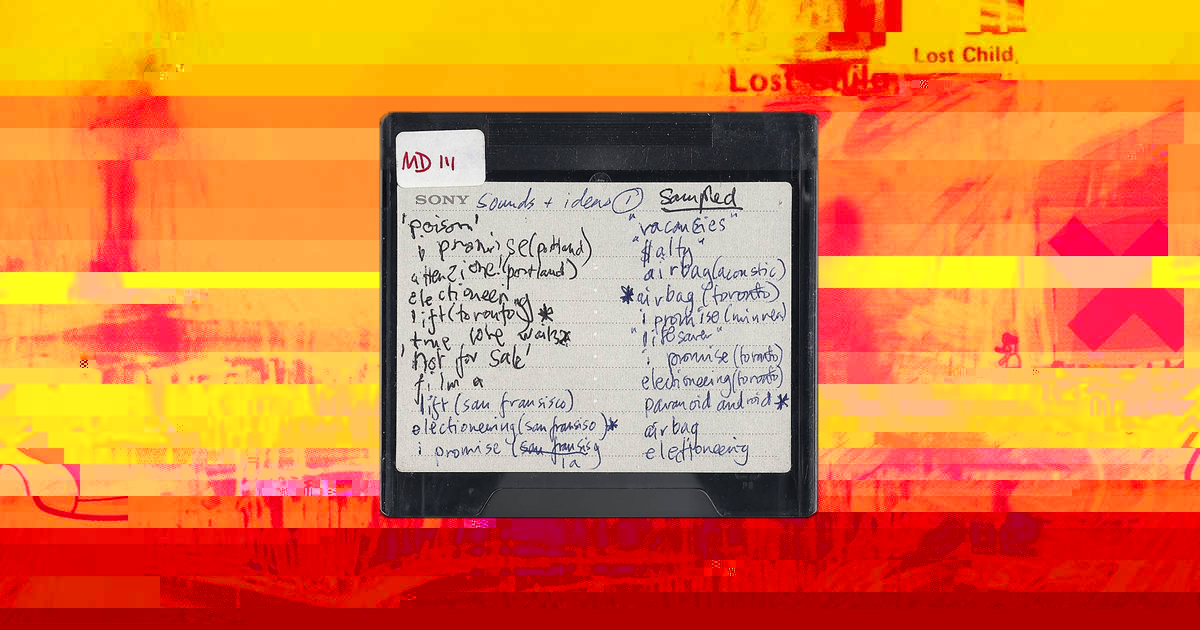 The hacker allegedly stole an "OK Computer"-era MiniDisc archive "and reportedly demanded $150,000 on threat of releasing it," a note published today on the band's official Instagram read.

So Radiohead did the sensible thing: took all 18 hours of the archive and put it on sale on Bandcamp for roughly $23. All proceeds will go towards climate activist organization Extinction Rebellion.

"It’s not v interesting, there’s a lot of it," wrote lead singer Thom Yorke in the description of the files on Bandcamp. "It may as well be out there until we all get bored and move on."

A thread from last Tuesday posted on Radiohead's subreddit revealed that there was a leak.

"This is a bit of a doozy," wrote Redditor santicol. "About a week ago, someone came into contact with a well known leaker [...] who was claiming to have 18 hours worth of minidv tracks that (mainly) Thom archived while the band was recording OK Computer."

The archives include some rarities that fans are bound to love, including a full-band version of "True Love Waits," an 11-minute version of "OK Computer" lead single "Paranoid Android," and an arena rock arrangement of "Lift," as The Guardian points out.

USDA Certified Piracy
Someone Appears to Have Hacked the USDA's Website to Share Pirated Movies
Jan 22
Read More
Bot Versus Bot
A Bot Made Frank Sinatra Cover Britney Spears. YouTube Removed It Over Copyright Claims.
11. 27. 20
Read More
Brands We Love
Collaborate With Anyone, Anywhere with This Online Recording Studio from Spotify
11. 17. 20
Read More
+Social+Newsletter
TopicsAbout UsContact Us
Copyright ©, Camden Media Inc All Rights Reserved. See our User Agreement, Privacy Policy and Data Use Policy. The material on this site may not be reproduced, distributed, transmitted, cached or otherwise used, except with prior written permission of Futurism. Articles may contain affiliate links which enable us to share in the revenue of any purchases made.
Fonts by Typekit and Monotype.