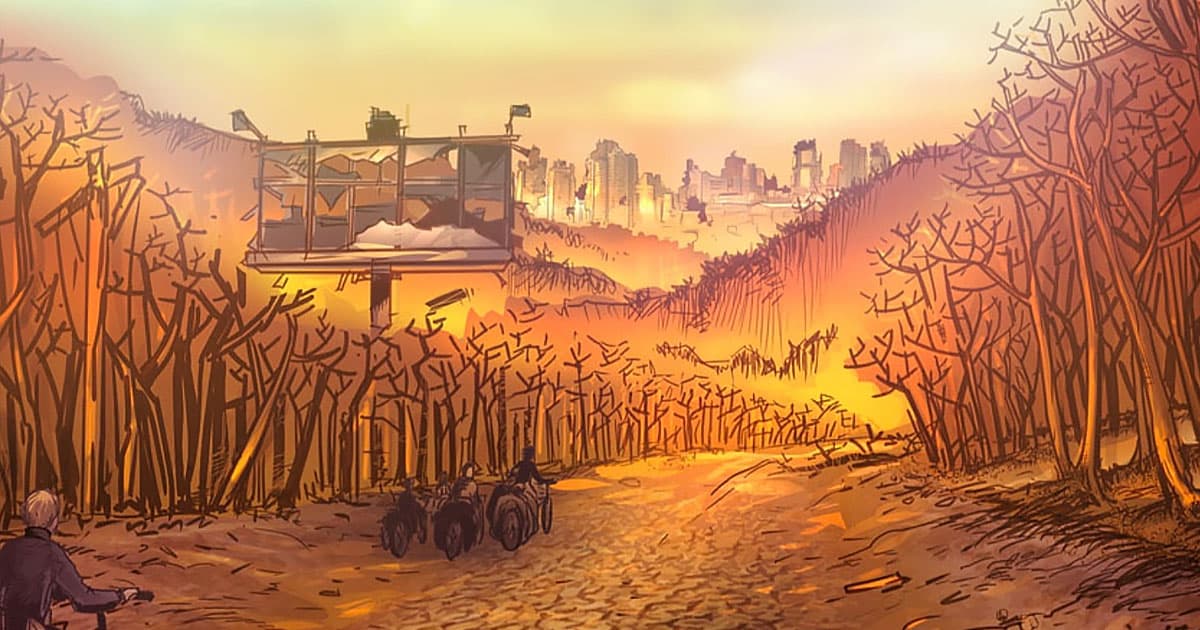 In the new free-to-play video game "Climate Trail," developer William Volk imagines an apocalyptic world in which we failed to fight climate change.

The title — available on iOS, Android, macOS and Windows — is a nod towards the iconic educational video game "Oregon Trail," an iconic simulator of 19th-century pioneer life.

But rather than being set over a hundred years ago, according to Gizmodo, players have to make their way journeying through a bleak, late 21st century landscape. Volk envisions the "climate trail" itself as the only way to survive in a post-climate catastrophe world, leading away from deadly heatwave temperatures in the American South to a much cooler Canada.

"I’m trying to fight the fight by basically putting people in a situation that could happen," Volk told Gizmodo. "It’s not impossible."

Players are led through a series of graphic novel-style scenes exploring what such a world would look like. It sounds bleak: empty stores, heatwaves, and gigantic storms. To survive, you'll have to buy enough food, collect water, and scavenge in city centers.

While models more often explore scenarios where the Earth warms only two degrees Celsius, the scenarios explored in the game are largely in line with science, according to Gizmodo.

"The catch-22 about this game is I started it with a much more optimistic attitude than when I finished it," Volk told the site. "The more I dug into it, the more it seemed things were actually worse than imagined."

READ MORE: A New Video Game Tests Whether You Can Survive the Climate Apocalypse [Gizmodo]