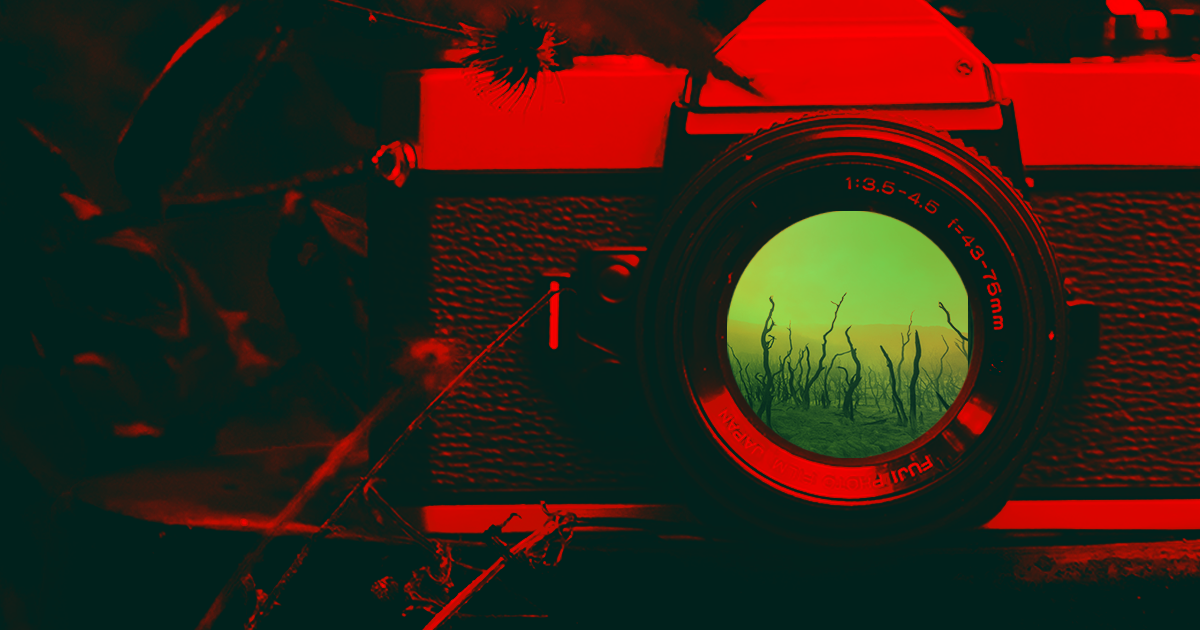 These Cameras Will Capture 1,000 Years of Climate Change

Mark your calendars for the photo exhibition in the year 3018.

Mark your calendars for the photo exhibition in the year 3018.

Climate change is transforming our world. That's a fact we know is true based on countless measurements and studies.

But if seeing is believing, it's understandable that some people have trouble grasping the magnitude of the problem. After all, it takes time for Arctic ice to melt, for African rivers to dry up, and for global sea levels to rise. Because cameras and video recorders have only been around for a couple of centuries, we don't have any images or footage of those activities taking place over long periods of time — yet.

Self-described “experimental philosopher” and artist Jonathon Keats is determined to give future generations the ability to "see" climate change in action. He also wants to inspire today's generations to think hard about how their actions could affect the world centuries from now.

To that end, Keats has created four "Millennium Cameras." Each of these pinhole cameras will take a 1,000-year-long exposure of Lake Tahoe, a freshwater lake that straddles the border of California and Nevada.

“We are changing the planet on timescales of a 1,000, 10,000 or even 100,000 years, and we're completely incapable of psychologically appreciating the power that we have,” Keats told Motherboard. “[The cameras are] a means to have a sort of cognitive prosthesis, a mechanism for us to be able to see ourselves from that far-future perspective.”

Keats also told Motherboard that Sierra Nevada College has agreed to host an exhibition of the four photographs in the year 3018 — assuming the college and photos survive that long.

After all, the Millennium Cameras will be exposed to the elements, and there's no telling how climate change might affect — or destroy — Lake Tahoe and the surrounding area over the next 1,000 years.