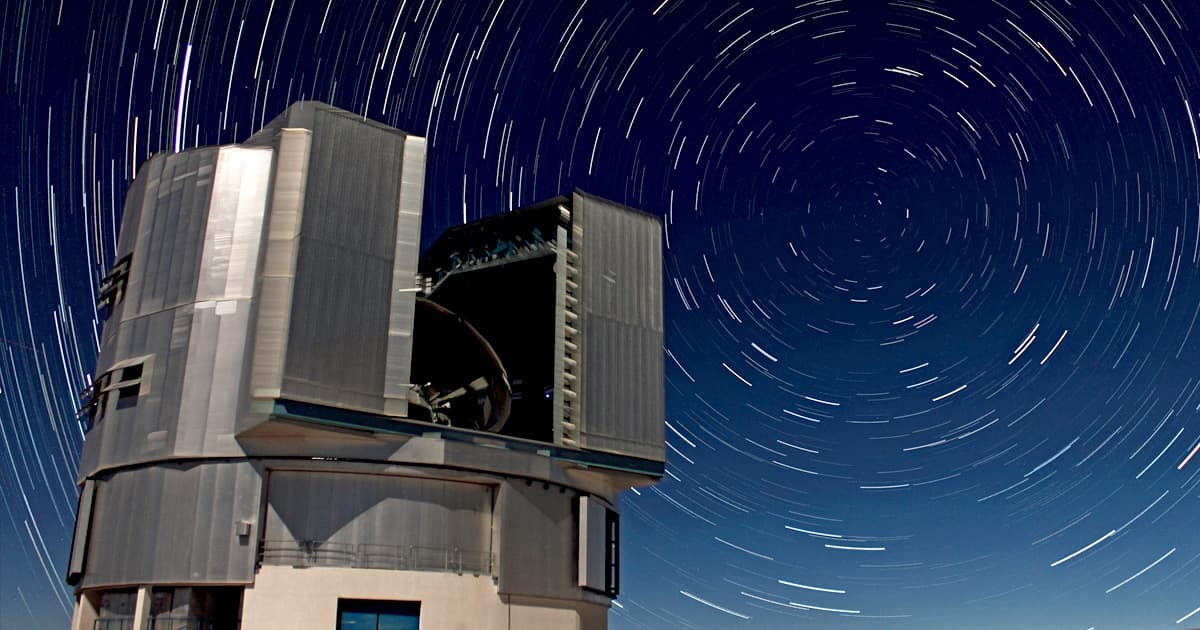 Even the most advanced telescopes were designed for a cooler planet.

Even the most advanced telescopes were designed for a cooler planet.

Not only is climate change devastating our world, but it's also starting to prevent astronomers from studying others.

Several of the world's most powerful telescopes are struggling to observe the cosmos as the climate around them changes, according to ScienceAlert, as rising temperatures and other changing environmental conditions are starting to muck up their instruments and block their view.

Some of the problems stem from rising temperatures, like the issues facing the European Southern Observatory's Very Large Telescope in Chile, according to research published in the journal Nature Astronomy.

If the temperature rises too high, as it has been, then the air inside the observatory's dome actually grows turbulent and ruins the image quality during observations. While the team of European physicists and astronomers behind the research can't directly link the problem to climate change, ScienceAlert reports, they do know it's caused by the changing conditions that climate change is known for.

Aside from rising temperatures, the team also found that the increase in extreme weather — also linked to climate change — is also blocking observatories' view. For example, the study found that worsened storm seasons are creating winds and weather patterns that are changing too rapidly for astronomers to adjust, even when their observatories are far away from the storm itself.

"This limits the contrast capabilities of the instrument and could potentially limit exoplanet studies," the scientists wrote in the paper.

READ MORE: Our View of Space Is Becoming Blurrier as Our Planet Heats Up, Astronomers Warn [ScienceAlert]