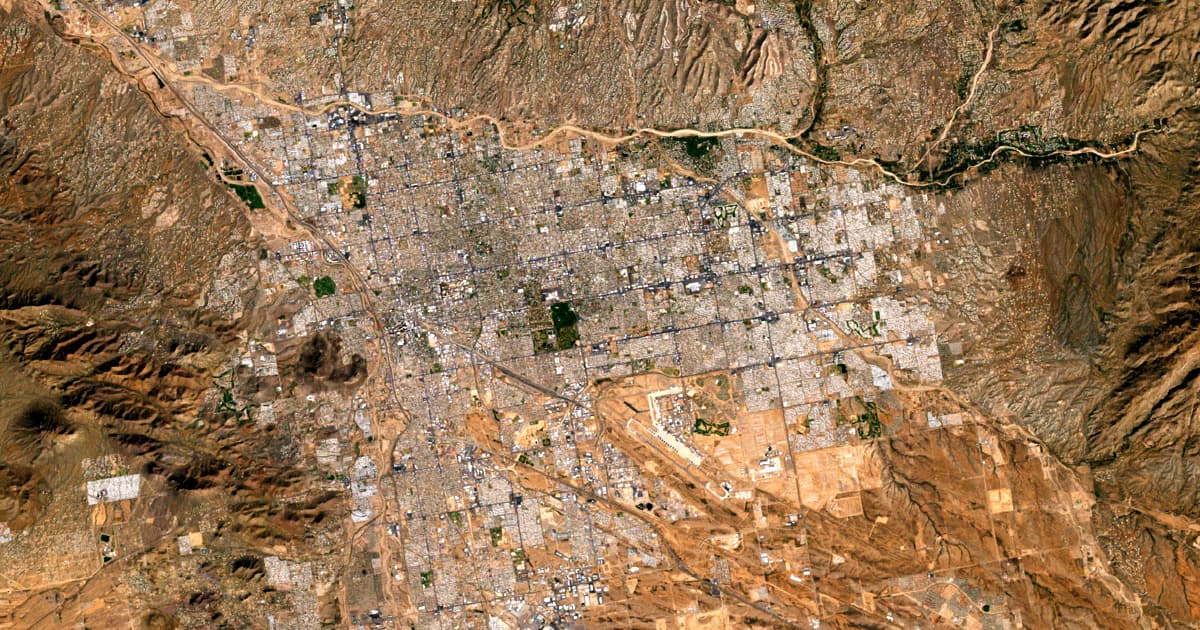 "We waste tremendous resources on light that goes out into space and doesn't do anyone any good."

"We waste tremendous resources on light that goes out into space and doesn't do anyone any good."

Our cities waste a great deal of electricity — and money — on powering bright lights all night.

A ten-day experiment in Tucson, Arizona tracked who the culprits were using satellite images of the city, BBC News reports. After dimming streetlights overnight, a team of researchers from Arizona, Germany, and Ireland uncovered loads of wasted energy that's hurting the environment and throwing ecosystems out of whack.

The streetlights, it turns out, aren't really the problem. According to the team's research, which was published Wednesday in the journal Lighting Research & Technology, billboards, stadiums, and parking lots are all wasting tons of energy — amounting to $3 billion annually across the U.S. — on excessive, poorly-managed lighting.

These lights — in Tucson and other cities — block out the stars, contribute to climate change, and even throw migrating animals off of their course.

"We waste tremendous resources on light that goes out into space and doesn't do anyone any good," University of Virginia astronomer Kelsey Johnson, who didn't work on the project, told the BBC.

Because private businesses, rather than municipal streetlights, cause most of the light pollution, fixing the problem would take widespread cooperation. But if an agreement were reached, solving the issue would be as simple as dimming, better targeting, or putting shields over lights.

"A lot of people talk about climate emergency but never talk about light pollution," study author Christopher Kyba, a physicist at the German Research Centre for Geosciences, told the BBC. "But it's an important part. And at night, when most of us are asleep, all that electricity could be going to do other things - charging electric vehicles, for example."

More on light pollution: The Missing Night Sky: What Light Pollution is Keeping from Us?