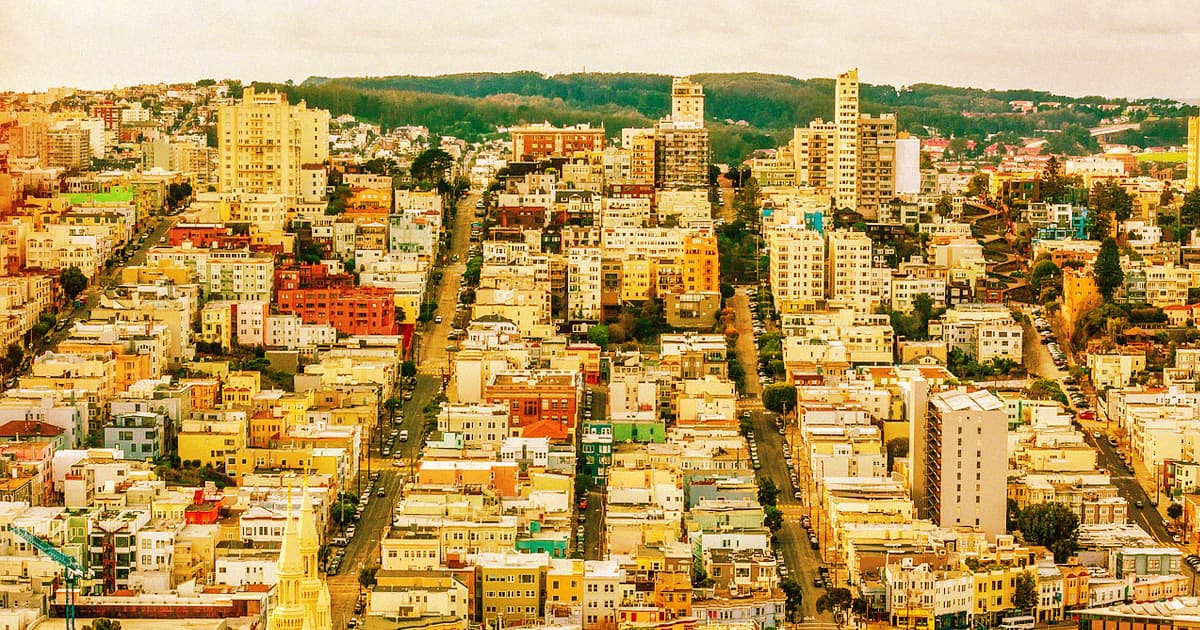 Cities Are So Heavy That They're Sinking Into the Earth

Cities are so heavy that they're bending the Earth's crust.

Cities are so heavy that they're bending the Earth's crust.

Cities are literally starting to sink under their own weight — even as climate change is causing sea levels to rise, ScienceAlert [one word] reports.

In a study published in the journal AGU Advances, Tom Parsons, a geophysicist at the United States Geological Survey (USGS) agency, found that cities such as San Francisco may have sunk up to 80 millimeters, or just over three inches, in its history.

It may even be a lot more than that, as Parsons' calculations don't even account for infrastructure, vehicles, or people.

It's a bad predicament, in other words, for the Bay Area and likely other metropolises. At the same time that risk is growing from rising sea levels, the cities themselves are sinking down toward the ocean.

Parsons found that subsidence, the gradual downward settling of the ground's surface, was "not insignificant" in built-up metropolitan regions.

"As global populations move disproportionately toward the coasts, this additional subsidence in combination with expected sea level rise may exacerbate risk associated with inundation," Parsons writes in his paper.

Cities have built up so much that the city of San Francisco could weigh as much as 1.6 trillion kilograms, enough to literally bend the rocky outermost shell of the Earth, otherwise known as the lithosphere.

Such an immense weight could even end up changing levels of our planet's fault blocks, large masses of rock created by tectonic stresses in the Earth's crust.

In his paper, Parsons argues that "satellite or air photos" could be used to "make more detailed analyses in likely flood zones" as sea levels continue rising. Flooding is "the greatest hazard associated with subsidence," as Parsons explains in his paper.

As the effects of climate change come into focus, coastal cities are under the threat of literally going under. And that risk will only grow if they're simultaneously sinking into the Earth.

READ MORE: The Colossal Weight of Cities Is Making Them Sink, Even as Sea Levels Are Rising [Science Alert]

More on geology: Geologists Say a New Ocean Is Opening up in Africa

Here's What Scientists Can Learn From Newly-Discovered Deep-Earth Mineral
3. 11. 18
Read More
Soon, Earth's Magnetic Poles Could Flip
2. 16. 17
Read More
More and More
Oh Great, Gas AND Solar Prices Are Going Up
Yesterday
Read More
+Social+Newsletter
TopicsAbout UsContact Us
Copyright ©, Camden Media Inc All Rights Reserved. See our User Agreement, Privacy Policy and Data Use Policy. The material on this site may not be reproduced, distributed, transmitted, cached or otherwise used, except with prior written permission of Futurism. Fonts by Typekit and Monotype.