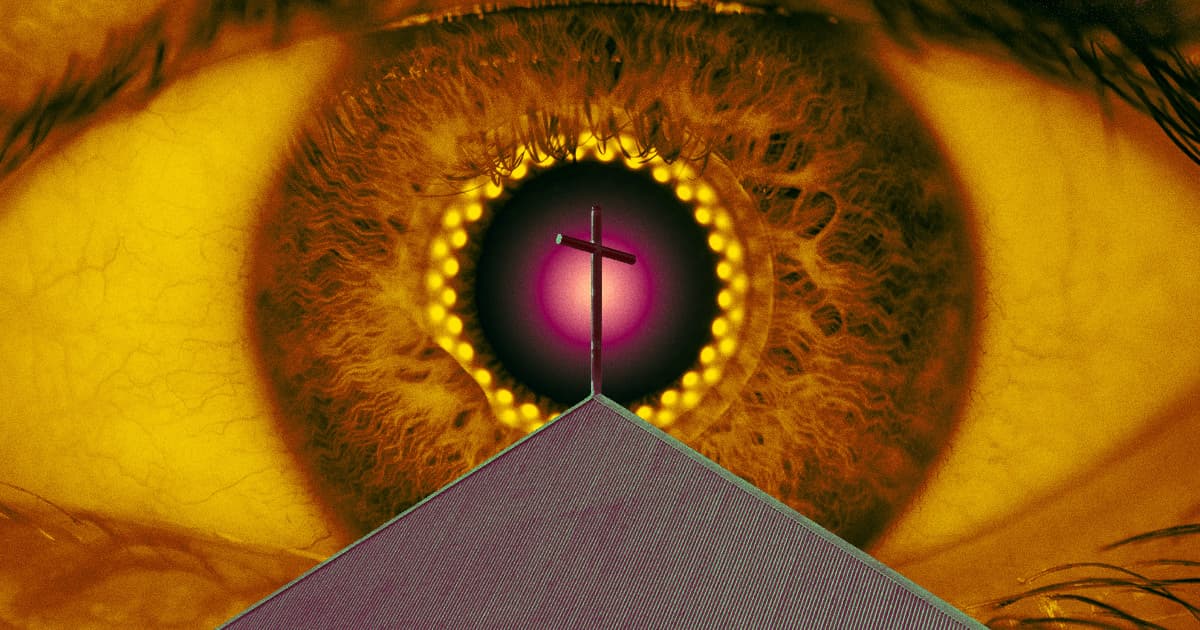 Don't Spy On me

They can see everything.

They can see everything.

An evangelical Southern Baptist church known as Gracepoint was caught relying on a little more than God’s watchful gaze to keep an eye on members of its congregation. And if a church feels compelled to clarify that it’s not a cult, well…

New members joining Gracepoint’s congregation are asked to install an app called Covenant Eyes, which is explicitly marketed as an "anti-pornography" app. And according to a must-read investigation by Wired, Covenant Eyes spies on members’ web traffic, takes a screenshot of their phone screens every single minute, and then sends all this information to an "accountability partner." In reality, it's more like spyware.

One member who has since left the congregation told the magazine that they received accusatory emails from Gracepoint which contained eerily detailed reports of his digital activity, ranging from everything to his mundane browsing habits to even flagging a search of the hashtag "#Gay."

And Gracepoint isn't alone in employing the shady tech, as Wired discovered that several other churches coerce members into installing various forms of shameware apps.

Google took down both Covenant Eyes and Accountable2You from the Google Play store after Wired presented the company with its findings, deeming the apps to be in violation of its policies. However, they’re still available on iOS.

"I’ve never seen anyone who’s been on one of these apps feel better about themselves in the long term," University of California, Los Angeles pornography researcher Nicole Praus told Wired. "These people just end up feeling like there’s something wrong with them when the reality is that there likely isn’t."

More on spying apps: Grindr Slammed With Huge Fine for Spying on Users

Senator Says There's a Secret Program Spying on Americans' Money Transfers
Mar 8
Read More
Feds Watchin
The Head of the CIA Says It's Been Doing Mysterious Cryptocurrency Work
12. 8. 21
Read More
On Ice
Apple Is Delaying Plans to Scan Phones for Child Abuse Material
9. 3. 21
Read More
+Social+Newsletter
TopicsAbout UsContact Us
Copyright ©, Camden Media Inc All Rights Reserved. See our User Agreement, Privacy Policy and Data Use Policy. The material on this site may not be reproduced, distributed, transmitted, cached or otherwise used, except with prior written permission of Futurism. Articles may contain affiliate links which enable us to share in the revenue of any purchases made.
Fonts by Typekit and Monotype.