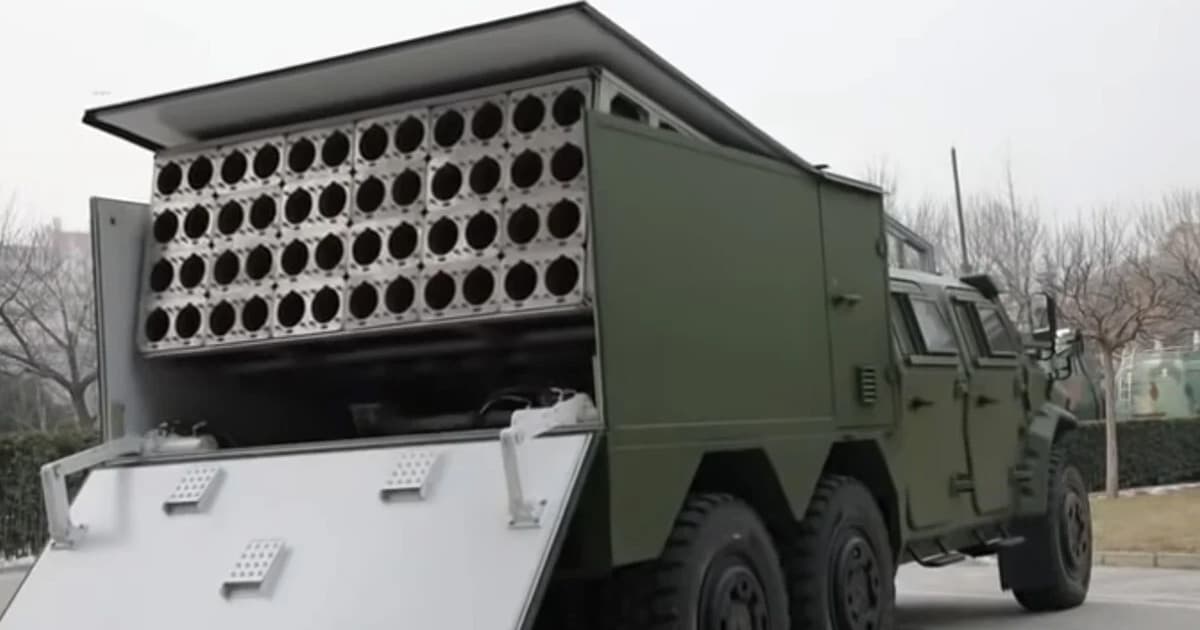 The China Academy of Electronics and Information Technology (CAEIT) has released a video of a test involving an array of 48 weaponized drones launching from the back of a truck, The South China Morning Post reports.

The drones can be seen launching from tubes, with a set of pop-out wings deploying from each right after. Troops on the ground then identify the drones’ targets on a tablet device. Each one is packed with explosives, according to The Times.

Few details about the test have emerged so far, but the drones shown in the footage are reminiscent of a previously shown “suicide drone” built by China Poly Defense, as The Drive points out, called the CH-901. Each unit is just short of four feet long and weighs about 20 pounds. It can spend two hours airborne and approach targets at up to 93 mph.

The design is also reminiscent of similar designs built by US manufacturers AeroVironment and Raytheon. Even the Navy’s Office of Naval Research has developed a similar drone called Low-Cost UAV Swarming Technology (LOCUST).

A different demonstration by the CAEIT shows the drones being launched from a helicopter.

“They’re still in the early development stage and the technical problems are yet to be resolved,” an insider from the People’s Liberation Army told SCMP. “One of the key concerns is the communications system and how to stop it from getting jammed.”

Experts are worried that drone swarms could be used to confuse and overwhelm air defense systems by quickly being able to approach them from multiple angles.

FROM THE SHAMELESS COMMERCE DIVISION!
Best Drones for Kids in 2022
Apr 5
Read More
FROM THE DEPT. OF THINGS TO BUY
Best Drones of 2022
Mar 15
Read More
Quantum Supremacy
US Sanctions Chinese Quantum Computing Firms for… Reasons
11. 29. 21
Read More
+Social+Newsletter
TopicsAbout UsContact Us
Copyright ©, Camden Media Inc All Rights Reserved. See our User Agreement, Privacy Policy and Data Use Policy. The material on this site may not be reproduced, distributed, transmitted, cached or otherwise used, except with prior written permission of Futurism. Fonts by Typekit and Monotype.