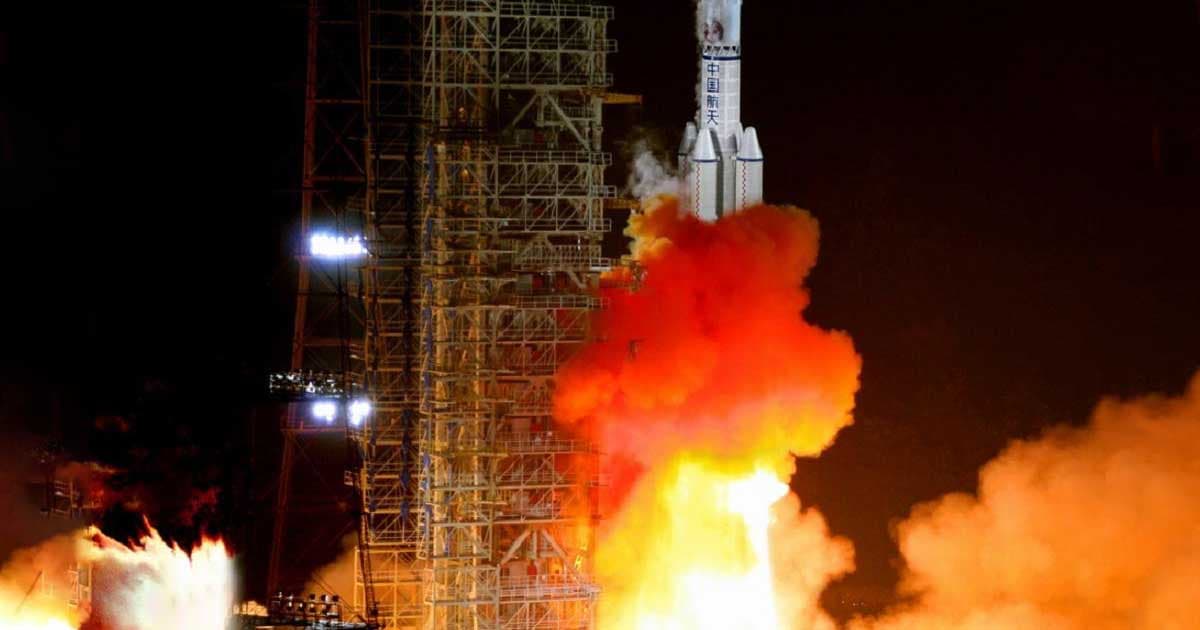 The rocket's booster landed on a building, causing fires to break out.

The rocket's booster landed on a building, causing fires to break out.

The mission was a success in that it resulted in the delivery of two satellites into orbit. But when the rocket's first stage booster returned to Earth, it landed on a populated area, Ars Technica reported, destroying a building and blanketing the area in toxic smoke — a space-age environmental catastrophe China could easily have prevented.

As the old saying goes, what goes up must come down by smashing into a building, cause significant damage to it and light it on fire.

The United States and many other space-faring nations typically build their launch sites near coasts. That's specifically so they can avoid putting the lives of residents at risk — any debris that returns to Earth can just fall into the ocean downrange.

In the decades since, missions from those sites have repeatedly put residents in harm's way — in 1996, one Chinese rocket crashed into a village shortly after launch, killing either six people or hundreds, depending on whether you believe China or outside sources.

China could slow its space efforts while building new launch sites in unpopulated or coastal areas.

But instead, it has actually increased its number of rocket launches in recent years in pursuit of space domination — a distinction it clearly sees as being worth the lives of its own residents.

READ MORE: Once again, a Chinese rocket has doused a village with toxic fuel [Ars Technica]

More on China: China Now Launches More Orbital Rockets Than Any Other Country