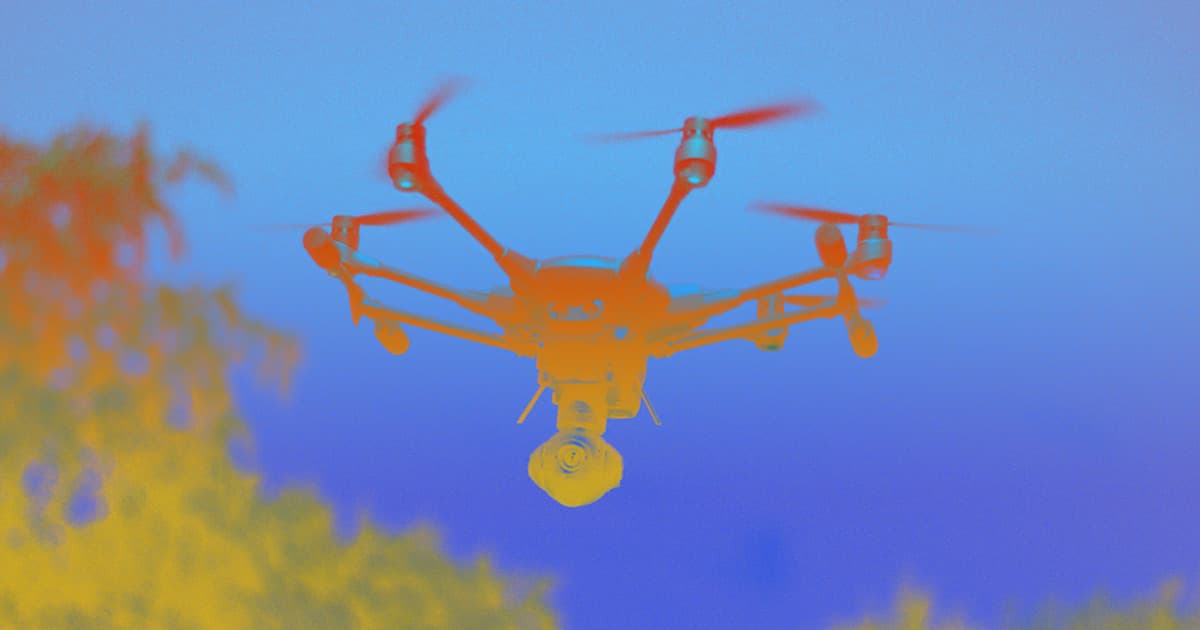 Chinese Farmers: Criminals Are Using Drones to Infect Our Pigs

Their plan to fight back landed them in trouble with a local airport.

Their plan to fight back landed them in trouble with a local airport.

A Chinese airport has found itself caught in the crossfire of a bizarre battle between pig farmers and criminal gangs.

In October, navigations systems started to fail on flights in and out of Harbin airport while they flew over Zhaozhou county. Authorities later traced the cause of the disturbance to a farm's unauthorized anti-drone device, which it had begun using in an attempt to stop criminals from using drones to drop items infected with swine flu on its pigs.

An outbreak of swine flu has reportedly killed half of China's pig population this year, causing the price of pork to skyrocket.

To exploit the situation, criminal gangs have reportedly been using drones to drop items infected with the flu on healthy pigs. The gangs then buy the infected pigs from farmers cheaply and sell their pork as healthy — at a significant markup.

Heilongjiang Dabeinong Agriculture & Pastoral Foods, the owner/operator of the pig farm wielding the anti-drone device, reportedly found itself the victim of such attacks, but said it didn't intend for its defensive measures to violate aviation rules.

Government officials seized the anti-drone device once they identified it as the source of the interference, though, so the pig farmers will have to think of some other way to protect themselves from the criminal attacks.

More on Chinese pigs: China Is Breeding Massive Pigs That Weigh More Than a Grand Piano

FROM THE SHAMELESS COMMERCE DIVISION!
Best Drones for Kids in 2022
Apr 5
Read More
FROM THE DEPT. OF THINGS TO BUY
Best Drones of 2022
Mar 15
Read More
Quantum Supremacy
US Sanctions Chinese Quantum Computing Firms for... Reasons
11. 29. 21
Read More
+Social+Newsletter
TopicsAbout UsContact Us
Copyright ©, Camden Media Inc All Rights Reserved. See our User Agreement, Privacy Policy and Data Use Policy. The material on this site may not be reproduced, distributed, transmitted, cached or otherwise used, except with prior written permission of Futurism. Fonts by Typekit and Monotype.