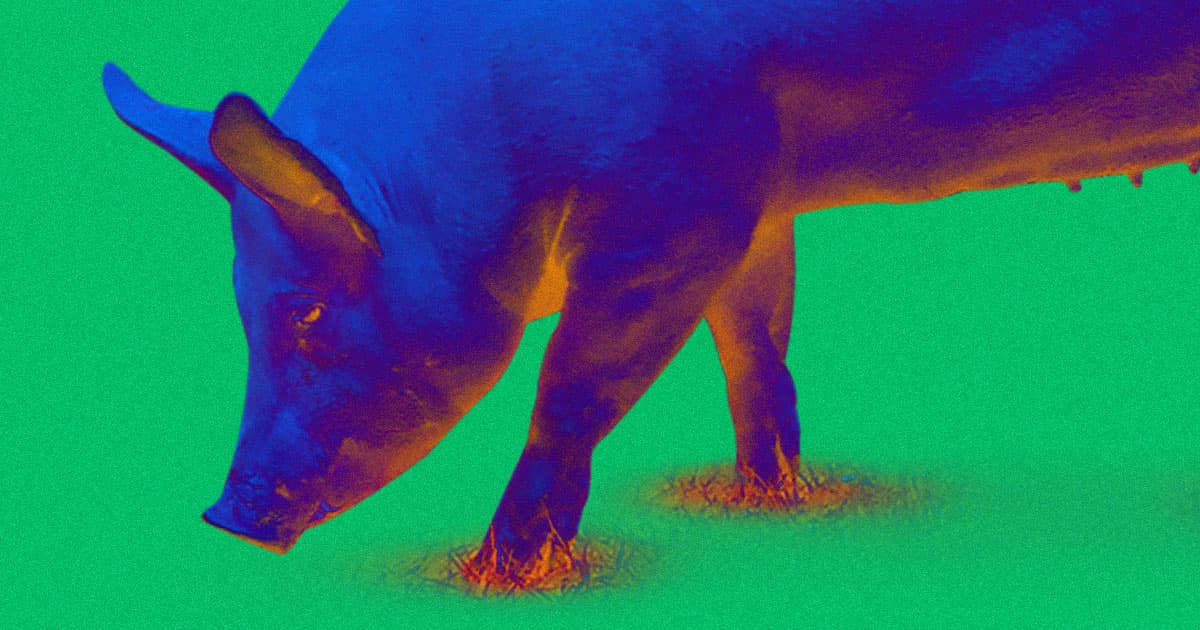 One of the porkers weighs a whopping 1,102 pounds.

One of the porkers weighs a whopping 1,102 pounds.

A devastating outbreak of African swine fever has destroyed an estimated half of China's pig population over the past year or so.

That's a huge deal given that China consumes more pork than any other nation, so China's government responded by urging farmers to increase pig production — and some have taken that to mean they should breed the biggest pigs we've seen this side of "Okja," according to a new Bloomberg story.

Bloomberg notes that some Chinese farmers have managed to increase the typical average weight of their pigs at slaughter from 110 kilograms (242 pounds) up to 140 kilograms (308 pounds).

In the province of Jilin, meanwhile, farmers are trying to raise the pigs "as big as possible," farmer Zhao Hailin told Bloomberg, with the goal being an average weight of 175 to 200 kilograms (385 to 440 pounds) as opposed to the typical 125 kilograms (275 pounds).

Then there's the farmer in the Guangxi province who managed to breed a massive 500 kilogram (1,102 pound) porker, according to Bloomberg's story.

Bloomberg doesn't note exactly how the farmers in China are managing to raise such massive pigs — but most likely, they're just breeding big pigs with more big pigs, thereby producing generation after generation of hefty animals.

However, in 2017, Chinese researchers showed they could use the gene-editing technology CRISPR to produce pigs with a lower fat content — and if today's farmers are using similar means to breed their massive pigs, the animals should undergo stringent safety testing before they end up on anyone's dinner plate, pork shortage be damned.